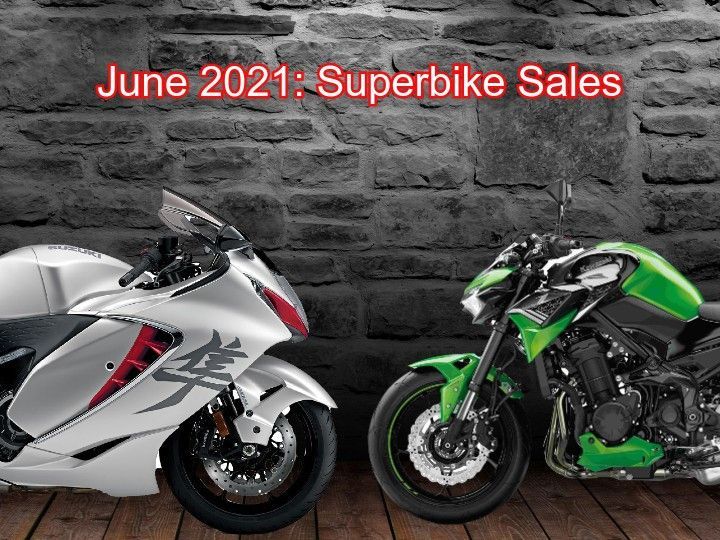 This has been the year of superbike launches, and every month, manufacturers are bringing in their big, burly machines. Interestingly, most of these are priced aggressively, and are raking in good sales numbers like we witnessed in April 2021. Here’s a look at the top 5 premium motorcycles sold in June 2021:

The Kawasaki Z900 had dismal sales in May 2021, selling just six units. But, the japanese naked has made a comeback, outselling the Triumph Trident 660, which held the top spot last month. That said, the Kwacker’s sales are down by 38 percent compared to its numbers in April 2021. Surprisingly, its siblings, the Kawasaki Ninja 650 and the Kawasaki Z650 witnessed a massive downfall last month, with the latter selling only three units. Now, with the manufacturer increasing the prices of its products, the Z900’s sales are likely to take a hit.

The Triumph Trident 660 has roped in good numbers since its launch. In fact, in the last three months, the British neo-retro roadster has sold 123 units, which is twice the combined sales of the Kawasaki Ninja 650 and the Z650 for these three months. But is the Trident really a better package than the Kawasaki Z650? Stay tuned to find out.

The third-generation of the peregrine falcon has been sold out for the second time in a row. 50 units of the 2021 Suzuki Hayabusa have been sold in a span of just three months since its launch in India. Interestingly, the Hayabusa has managed to outsell the Intruder 155.

The most affordable bike from the Triumph Bonneville’s range has managed to do decent sales. Compared to June 2020, the roadster’s sales shot up by 130 percent. It even outperformed the Triumph Tiger 900 lineup this month.

The 2021 Kawasaki Ninja ZX-10R has been one of the most successful launches this year. Thanks to its aggressive pricing, Kawasaki has sold 86 units in the last three months. The litre-class track scorcher’s sales have almost halved compared to its first month, but have risen by 45 percent from its sales in May 2021.