We compared the local and international prices of the Himalayan and the Classic 500 to figure out how the Interceptor 650’s pricing would be. The results are rather interesting! 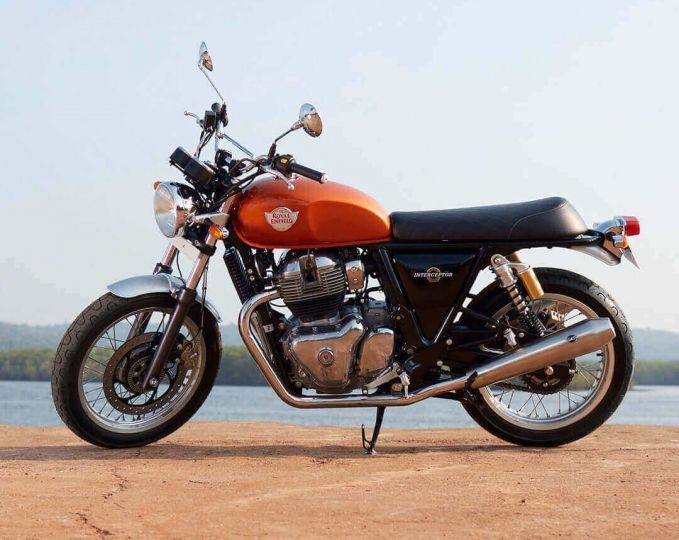 Royal Enfield launched its flagship twins, the Interceptor 650 and the Continental GT 650, in the US market today. Priced at USD 5,799 for the base variant, the Interceptor is only USD 300 more than the Classic 500 ABS! This translates to a premium of just around Rs 21,700! Now, we’re all curious about how the pricing would be for India, especially considering the interesting pricing structure for the US market. Let’s do the math!

Let’s first take into consideration the prices of Himalayan ABS and Classic 500 Stealth Black ABS both locally and abroad. We’re considering the Stealth Black since it's the only ABS version of the bike available in India for now, and the same variant is available in the US market as well. If you see the percentage increase when comparing the local and US price (in Rs), the Himalayan is 54.6 per cent dearer in the US. The Classic 500 Stealth Black on the other hand is 47.9 per cent costlier. If you consider an average of the two, which is approximately a 50 per cent price difference for the Interceptor 650, we arrive at a value of Rs 2.13 lakh, ex-showroom Mumbai. Which honestly, is insane value for money and an impossible proposition.

Realistically speaking, we feel the price may go up to Rs 2.6 lakh, ex-showroom. However, the idea of pricing under Rs 3 lakh, on-road, doesn’t seem to be too far-fetched. Here’s our calculation summarised into a table:

If Royal Enfield manages to price it under Rs 3 lakh, on-road, then value-wise, the motorcycle could easily rule the Harley-Davidson Street 750’s segment, and even disrupt the KTM 390 Duke’s territory price-wise! Sure, both are completely different motorcycles, but we all know how sensitive most of us get when it comes to price and engine displacement. Interesting times indeed!

Disclaimer: The Classic 500 ABS pricing for the Indian market is an assumption.