Apart from the ADV twins, expect a new fully-faired bike as well 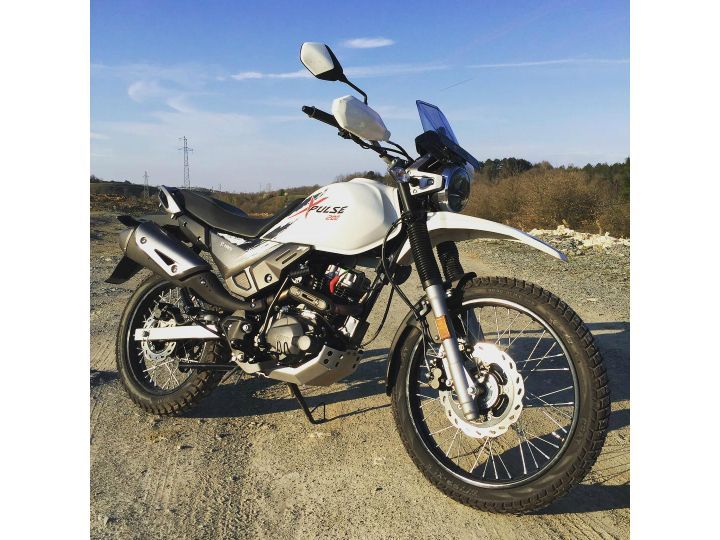 Hero MotoCorp will be launching not one, but three new motorcycles tomorrow. The first two are the company’s entry level adventure tourers - the road-focused XPulse 200T and off-road oriented XPulse 200. Of the two, the XPulse 200 will get long-travel suspension, higher ground clearance and larger spoked wheels (21-inch up front and 18-inch at the rear) wrapped in knobby Ceat Gripp tyres. Additionally, it will also come with a front beak, sump guard, knuckle guards and a high-mounted exhaust for better water-wading capability.

The XPulse 200T, on the other hand, is likely to feature the same suspension setup as the Hero Xtreme 200R along with more urban-focused 17-inch alloy wheels (100/80 - front, 130/70 - rear). Both motorcycles will feature the same set of electronics - a fully-digital instrument console, Bluetooth connectivity, LED lights at both ends and a single-channel ABS system.

Powering both the motorcycles will be the same 200cc air-cooled, fuel-injected engine that generates 18.7PS of power and 17.1Nm of torque, mated to a 5-speed transmission. However, the XPulse 200 could be tuned differently considering its off-road orientation.

Both bikes are expected to be priced between Rs 1.1 lakh to Rs 1.20 lakh (ex-showroom). If Hero manages to price the bikes in this range, the XPulse 200 will become the most affordable ADV in India, a spot which is currently held by the Royal Enfield Himalayan (Rs 1.79 lakh, ex-showroom Delhi).

Coming to the mysterious third bike, while details are unknown, we expect it to be a full-faired version of the Xtreme 200R. It could get the Karizma moniker too. We will be present at the launch event at the Buddh International Circuit in Greater Noida tomorrow, so make sure you follow us on our social media channels for the latest updates.