Can Hero’s Xtreme 200S hold its own against its competition? We find out 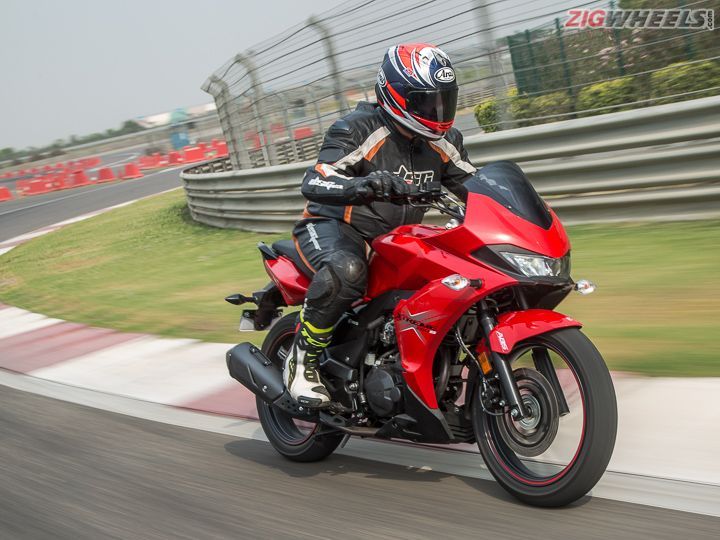 We have to be honest, Hero really did surprise us with the Xtreme 200S this week. While it may not be an out and out performance bike, it has a lot going in its favour, and one can’t ignore its aggressive pricing. That said, it does have some competition to go up against, including the critically raved Suzuki Gixxer SF and the legendary Bajaj Pulsar 220F. Let’s see how it fares against them, on paper.

It is the Hero Xtreme 200S which leads the charge in this comparison and has been equipped with lots of interesting features. This includes a fully-digital instrument console with Bluetooth connectivity, turn-by-turn navigation assist, LED headlamps and a single-channel ABS system. The Suzuki Gixxer SF, on the other hand, misses out on LED headlamps but gets a fully-digital instrument console and a dual-channel ABS system.

The Bajaj Pulsar 220F, while being the most expensive of the lot, is also the oldest and it shows. It gets a dated digital-analogue console, LED tail lamps and projector headlamp at the front, along with a single-channel ABS system.

Almost a decade ago, the Bajaj Pulsar 220F set a benchmark when it came to offering explosive performance on a budget. Fast forward to today and the Pulsar’s engine feels a bit dated -- but despite the age, it remains the most powerful bike among the trio and leads the charge when it comes to acceleration and top speed.

The lack of displacement means that the Gixxer SF is the least powerful. However, the Suzuki motor does impress with its refinement and quick-revving nature. Also the 5-speed gearbox is among the best in the segment and the light kerb weight means it doesn’t lag behind by much.

All three motorcycles use different frames to suit their needs and to keep costs in check. Hero’s latest offering, the Xtreme 200S, shares the exact same underpinnings as its streetfighter sibling. Although, it is 2kg heavier now because of the fairing. Hero claims to have tuned the front suspension a bit to handle the extra weight. In our initial impressions, we found the Xtreme 200S to be well balanced for the most part. Although, we would like to reserve our final judgment for our real-world review.

The Pulsar 220F, on the other hand, feels a bit on the softer side. However, this serves a purpose. Bajaj has tuned it for better ride quality on day-to-day city commutes. The handling too, for the most part, feels nimble. One would think that Suzuki’s single-cradle frame (cheapest) should result in clunky handling. But that’s not the case. Thanks to its brilliant suspension setup and sticky tyres, the Gixxer handles corners very well. But it doesn’t soak in bumps all that well.

On paper, the Xtreme 200S gets the biggest front disc, which provides a healthy amount of bite. While we haven’t ridden the bikes back to back, the Gixxer SF with its 266mm disc should impart better braking performance than the Pulsar 220F.

All three bikes have their own set of advantages. The Hero Xtreme 200S may look a bit intimidating at first but it is pretty easy to ride, just like the Xtreme 200R, and should be ideal for day-to-day commutes or occasional short rides. The Suzuki Gixxer SF is the lightest of the three and packs a shorter wheelbase, which really aids its handling and cornering abilities.

Bajaj’s Pulsar 220F is the heaviest of the three and packs the longest wheelbase as well. While its handling is nothing to complain about, it doesn’t feel as sharp as the Gixxer. That said, you do get the biggest fuel tank, which means fewer visits to the petrol station.

The Bajaj Pulsar 220F is the most expensive bike and also the oldest. Yet it’s also the most powerful of the lot. Not to mention, its decade-old design still manages to gather a cult-like following. Suzuki’s Gixxer SF, on the other hand, offers top-level refinement and reliability of Japanese engineering on a budget. It also helps that it is the cheapest fully faired motorcycle you can buy right now. But we have to say, Hero has nailed the pricing of the Xtreme 200S. It manages to tick all the boxes, without burning a hole into your pocket. Seriously tempting indeed. We will be putting the three bikes against each other for a comparison review, so make sure to follow us here.