‘Not In It For An Award,’ Says CS Santosh On Arjuna Award Nomination 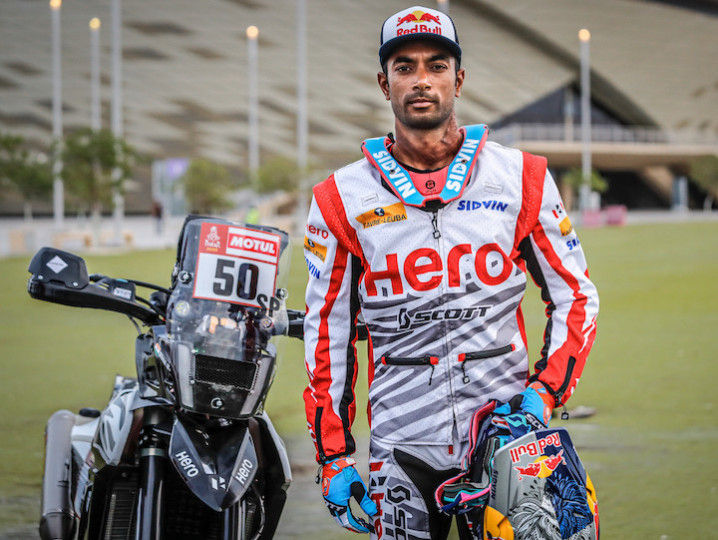 It is great to be nominated. That is what you hear in various award ceremonies. But as far as India’s first Dakar Rally participant and finisher is concerned, it doesn’t mean as much as you would think.

“I have never competed with the intention to win an award,” said CS Santosh to Zigwheels regarding India’s motorsport governing body nominating him for an Arjuna Award. “My aim has always been to perform at the best level that I can and an award really isn’t what I am in this for.”

The Hero MotoSports Team Rally rider was on course for a career best finish - and his fourth finish in six attempts - at this year’s Dakar Rally in Saudi Arabia before the Indian manufacturer withdrew from the event following the death of lead rider Paolo Goncalves.

He has been nominated for the Arjuna Award along with TVS Racing’s Aishwarya Pissay by the Federation of Motor Sports Clubs of India (FMSCI). When asked whether him winning an award as a motorsport athlete would make a difference to the stature of motorsport in India, Santosh was skeptical.

“I don’t want to speak for the general population, but I don’t think the awards mean much,” said Santosh. “But I feel more can be done for motorsport with the involvement of manufacturers and the private sector too to build the components needed for the sport to grow domestically.

“And as far as interest goes, I know that  a lot of parents are now serious about their kids getting into motorsport because they see me riding for a manufacturer and it seems like a viable career choice.

“There is obviously a pretty big entry barrier into motorsport (money), but I feel two-wheel racing is a more viable route because two-wheel vehicles dominate the automotive segment and they are relatively more grassroots than four-wheelers. Unfortunately for car racing, the costs involved go up exponentially so there are less viable entry points for aspirants to get involved.”

So then what does Santosh hope to get out of potentially being awarded the Arjuna award?

“Well, I guess it will be cool to see what the president looks like!”