Just how much more capable is the XPulse now with the adjustable Rally Kit suspension? 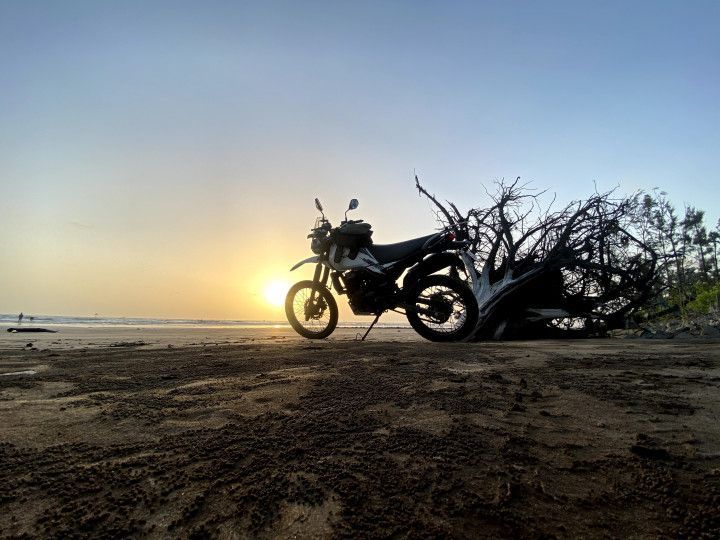 Knobbies or suspension, that was the dilemma I was in at the end of the last report. While I mentioned I would change the rubber, wise counsel from senior members of the team led me to first equip my long-term Hero XPulse 200 with the suspension from the Rally kit. And boy does it make a world of a difference, both off- as well as on-road. Here’s how the added travel and adjustability of the Rally Kit suspension helped me tune the ride of the XPulse to my liking.

Upgrade Time
I had been running with the rally seat and handlebar-risers for sometime, which was a big step-up in making me feel more connected and comfortable with the bike. While these two changes were quite up my alley, swapping out suspension was going to need a trained hand. It isn’t that one cannot do these changes at home if they have the right set of tools. But having someone who deals with such stuff on a regular basis would be more efficient, not to mention safer.

Lokesh Ohwal is one of the many mechanic gurus of Pune but the one that I trust the most with my two-wheelers. He has helped me keep my bikes in the best condition possible and is a pretty chill guy to deal with. So, on one fine Sunday afternoon in January, Lokesh and I sat down and started taking apart the necessary bits on the XPulse to fit the suspension. The whole process took close to an hour as we never anticipated just how tall the bike would get once we fitted the new units, necessitating raising the bike on the jigs mid-way through the installation.

Once it was ready, I was mentally preparing myself to gear up for the biggest challenge ahead: swinging a leg over the seat. Like a fool, I hadn’t switched the seat back to the stock one and was barely able to reach the floor on the first attempt. Riding as gently as possible, I made my journey back home, trying to find the footpath or road dividers to rest my foot on at traffic signals.

Balancing Act
While it was hard at first, I slowly started getting comfortable with the seat height. It still isn’t by any means accessible. However, learning the off-road way to mount, dismount and balance the bike has lent me a lot of confidence. There was a small tip-over once in my parking lot, where my leg got trapped between the floor and the bike. Luckily, I was wearing proper adventure boots that protected my ankle and I walked away with nothing but a small sprain. But since then, I have felt more in control of the bike.

Let It Fly
Initially, I had set the compression and rebound on the front fork to 14 clicks each, which is the middle setting. There was evident nose dive during hard braking, a bit too much for my liking. Also my heft made it more pronounced. I was happy with the pace with which the suspension regained its composure. Hence, changing compression to 18 clicks did the trick for me. I haven’t tampered with the rear suspension yet, which is running on the middle setting, and will tackle it in the next few months.

I must say that the added suspension capabilities have made the XPulse an even better commuter. You needn’t worry about uneven road surfaces or rumble strips. Even larger speed breakers become almost non-existent when taken with a bit of enthusiasm. Now with the seat height raised, I am able to not only see farther but even over auto-rickshaws and small hatchbacks.

What’s Next?
I have to get the rear monoshock tuned for my liking. While I think the middle setting should be fine, perhaps a slightly slower rebound tune would be better for trail-riding. Getting to the adjustment tabs on the monoshock isn’t as easy as it tucked behind the airbox. This means that any change will involve an hour’s worth of elbow grease. And with this new lockdown imposed in Maharashtra, it will be a while before I get a chance to test out the change as well. Knobbies will have to wait then.