Specification of the Bajaj Pulsar 150NS has been leaked prior to its official launch in the Indian two-wheeler market by mid-2015. The new Pulsar 150NS might carry a sticker price of around Rs 73,000 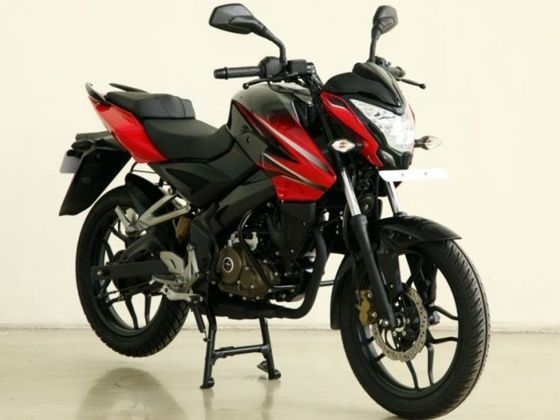 The Bajaj Pulsar 150NS gets electric start and kick start as cranking options. The bike runs on 80/100 R17 tyre at front and 100/90-17 at the rear. The wheelbase of the Bajaj Pulsar 150NS has been hiked to 1,363mm and the bike tips the scale at 144kg which is identical to the bike it replaces.

Talking about styling, the new Bajaj Pulsar 150NS will carry forward the same design language as seen on the Pulsar 200NS. The brute streetbike styling should enable it to standout among its rivals and also appeal to the youngsters. Switch gear and the part-analogue-part-digital instrument console have been carried forward from its 200cc sibling. The Bajaj Pulsar 150NS employs telescopic forks at front and a monoshock setup at the back. This makes the new motorcycle the second Pulsar offering after the 200NS to adopt a monoshock suspension.  Braking is done by a disc brake at front and drum brake at rear. We feel Bajaj could offer rear disc brakes as an optional extra like in the case of the Honda CB Trigger. Bajaj is renowned for their cut-throat pricing so we can expect the new Pulsar 150NS to carry a sticker price of around Rs 73,000.