What Else Can You Get For The Price Of A Bajaj Chetak?

Well, you could choose a petrol-powered option if you are so inclined 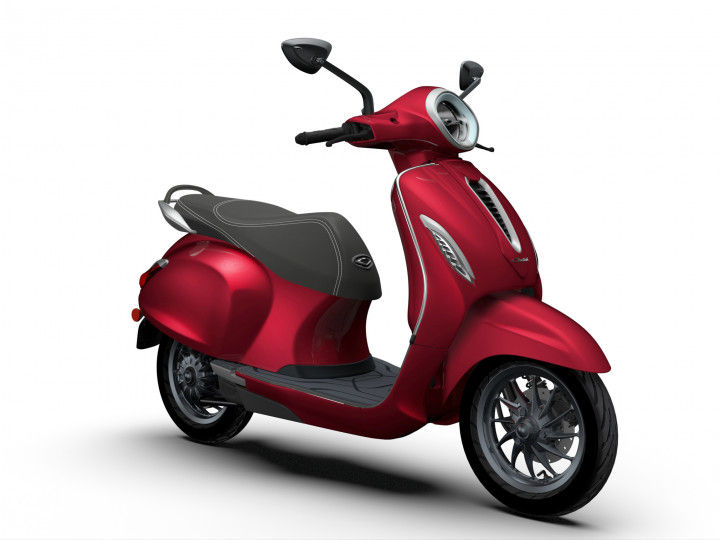 Bajaj had claimed that it will price the Chetak aggressively but we should not expect it to be highly attractive. And it has stayed true to its word by pricing the base Urbane variant of the electric scooter at Rs 1 lakh (ex-showroom Pune and Bengaluru) and for Rs 15,000 more, you could get the Premium variant. But what else could you get for the price of the Chetak Premium?

Ather 450 - Rs 1.07 lakh
The natural rival to the Chetak has to be the Ather 450. While both are electric scooters, the 450 is a sporty moto-scooter with performance at its core. The scooter has been around for almost two years now but Ather’s operations are still limited to just Bengaluru and Chennai. With Ather planning to expand its operations to eight more cities this year with the 450X, expect these two scooters to go head-to-head with each other in more cities than just Bengaluru soon. In fact, we have done a small spec comparison of these two scooters, which you can check out here.

TVS Apache RTR 200 4V BS6 - Rs 1.24 lakh
It might not be the future of mobility but TVS has managed to get its Apache RTR 200 4V compliant with upcoming emission norms. For long, it has been our pick of the lot in the 200cc class and we’re happy to report that the opinion has not changed one bit despite its engine output taking a slight hit. It might not have IoT connected services on board like the Chetak but the RTR 200 4V does get smartphone connectivity, turn-by-turn navigation, and a few more funky features to add to its sporty vibe.

Royal Enfield Bullet 350 - Rs 1.14 lakh
The Bullet 350 is not the future but it represents a glorious past of thumping big bore single-cylinder motors that have been much loved by all for the past 50 years. The single-channel ABS version of the Bullet 350 falls in the same price range as the Chetak. And if you want to have something that gives you an old-school charm, there is nothing better than the Bullet 350.

Hero XPulse 200 - Rs 1.06 lakh
India’s most affordable adventure motorcycle has received a healthy response in the sales charts. Not only does it impress off the road, the XPulse 200 also proves to be a nice urban commuter. Its upright stance, long-travel suspension, high ground clearance, and lightweight nature helps its cause immensely.

Bajaj Chetak: All The Important Details