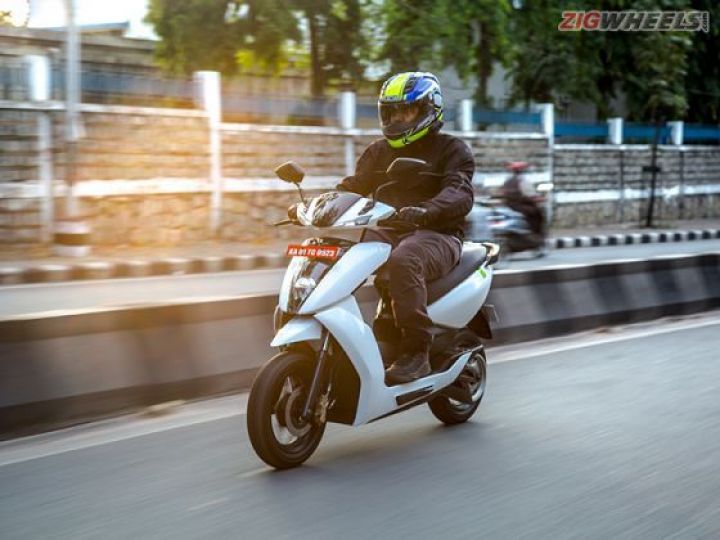 Ather’s top-spec electric scooter, the 450, now gets a new variant, the 450X. As of now, the Bengaluru-based company hasn’t revealed any details apart from the name -- not even a sketch! The only thing that Ather has announced is that the new limited edition variant will go on sale in the coming few weeks. So, let’s dive right into what we can expect from the upcoming electric scooter.

The ‘X’ in the name means it’s going to be a fully loaded scooter. But, the dilemma here is that the Ather 450 is already a fully loaded scooter. We mean, it gets rider modes, a reverse mode, a full colour TFT display with Bluetooth connectivity and navigation. So, we don’t know what the chaps at Ather are planning to add. But you, people of the internet, let us know what other features can you think of in the comment section below. We believe Ather might also introduce some new paint schemes to freshen things up. The standard model is available in just white paint scheme -- the most bland colour in the entire palette!

‘X’ could also mean more power and more range. The standard Ather 450 is powered by a 5.4 kW  motor and 2.4kWh battery, which offers a range of 75km (Eco mode) in the real world. So, we believe Ather might have made some changes to the motor and maybe improved the Battery Management System to squeeze a bit more than the current setup. The upcoming scooter is expected to have a range of around 90km in the real world, but can it cross 100km? Well, we’ll have to wait and watch.

Note: images are for representational purposes only.