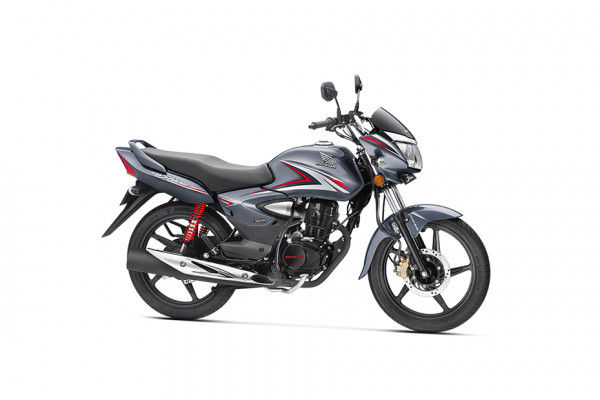 Honda Shine is a commuter bike launched at a base price of Rs. 58,097 in February 2019 by Honda in India. CB Shine is powered by 124cc engine claiming mileage of 65kmpl. CB Shine has a air cooled, 4 stroke, si engine and a 4 speed gear box. Honda Shine comes with front disc break and rear drum break. It is available in 6 variants and 8 colours.

Powering the Shine is a new BS6-compliant 125cc motor, which is claimed to be 14 per cent more fuel-efficient than the BS4 model. It also features a 5-speed transmission (earlier 4-speed), which should help it extract more efficiency. While Honda hasn't revealed any specifications, we believe power figures to be around the same as the outgoing model -- 10.3PS and 10.30Nm.

The Shine now comes with an ACG starter, a start/stop switch, new DC headlamp, tail light, and a revised instrument console design. Other notable changes come with new graphics and chrome highlights on the headlamp visor and side panels. The seat is 27mm longer than before.

Not only this, but the Shine's wheelbase has been extended by 19mm (1285mm) and its ground clearance increased by 5mm. It retains the same suspension and braking setup as before.

Powering the Shine is a trusty 124.73cc single-cylinder motor which makes 10.30PS and 10.30Nm. It does miss out on a fifth gear, but the gearbox is slick nonetheless. The industrial diamond frame is suspended on conventional forks and twin rear shocks. The 18-inch alloy wheels come shod with MRF tubeless tyres. There are two options for front brakes - a 130mm drum unit or a 240mm disc. There is only a 130mm drum option for the rear brake.

Honda’s CB Shine has been its workhorse for years. Part of the charm is that the styling manages to look homely and welcoming. There is none of that edginess which digresses from the motorcycle’s main focus - commuting. With that in mind, Honda has managed to offer several simple yet attractive colour schemes with not too over-the-board graphics. You also get the added convenience of tubeless tyres.

Hero Super Splendor : : Hero equipped India’s highest selling motorcycle with a 125cc engine and the result was the Super Splendor. However, it is not the most powerful bike in its segment. It also misses out on disc brakes which the Shine offers as an option.