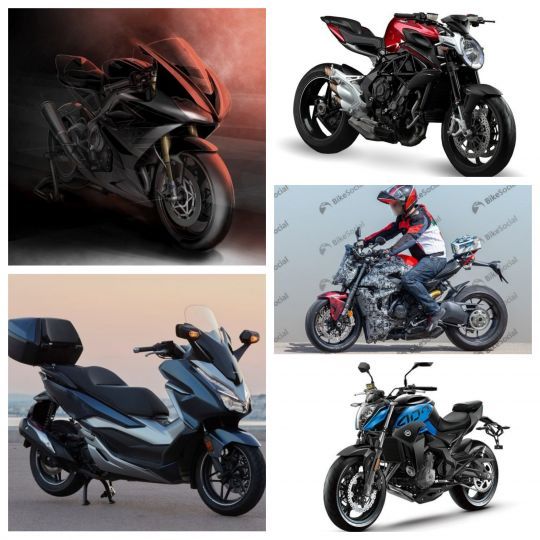 From Honda planning to bring a 300cc scooter to India to MV Agusta foraying into affordable motorcycling segment, it’s been a helluva bizarre seven days for us. In case you missed out on all the action, here’s everything that transpired in five digestible bites.

Incoming: 3 New CFMoto Bikes To Be Unveiled At 2020 Auto Expo

After making its debut in India with four new motorcycles, CFMoto has confirmed that it’ll be bringing three all-new offerings at next year’s Auto Expo. This includes a fully-faired 300cc supersport, a 400cc Grand-tourer and similarly powered street-naked!

Honda seems to be gearing-up to shake up the scooter segment again! A 300cc maxi-scooter called the Forza was spotted at a dealership in Delhi. The best part is that we’ve come to know about its pricing and availability as well!

We’ve known for a while that Ducati will be bringing the Streetfighter V4 soon at the 2019 World Ducati Premiere. Now, spy images of its near-production bike have surfaced online, giving us a hint as of what we can expect. Head on here, for our complete analysis.

In something that we’ve been wanting to hear for a while, Triumph has officially confirmed the 2020 Daytona for 2020! The firm will be putting in all its learnings from Moto2 into this road-legal bike. Sounds too good to be true right? Well, here’s the catch.

After Harley-Davidson, it is now MV Agusta’s turn to dip its toes in the affordable motorcycle segment. The Italian giant has tied up with a Chinese manufacturer to, mass-produce sub-400cc motorcycles! Yes, you read that right.