Like the upcoming Rocket III, even the new 2020 Daytona will first arrive as a limited-run series 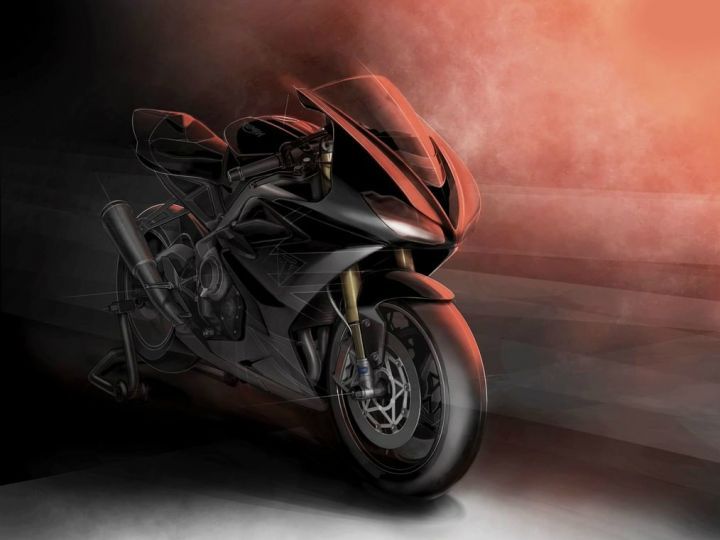 When you talk about mid-capacity supersport motorcycles, the Triumph Daytona has to be one of the most revered motorcycles in its segment. Unlike its Japanese rivals, the Triumph Daytona has stuck to its triple cylinder roots for a long time now. It was one of the last bastions of the 600cc supersports until it was discontinued as it failed to meet Euro IV emission norms. We always knew Triumph would revive the Daytona as the new 765cc motor used in the Street Triple series has been used for racing in Moto2. And finally, the British manufacturer has confirmed that we will indeed be getting the Daytona 765 in 2020!

Triumph has put all of its Moto2 learnings into the making of the new Daytona 765. But before it starts selling the standard bike, Triumph will begin the next stint of the Daytona with a limited run of 765 units. Called the Daytona Moto2 765 Limited Edition, this Daytona will have a few special features. In this design render shared by MCN, the styling remains fairly unchanged from the outgoing Daytona 675. The livery will be similar to the monochrome Union Jack theme that Triumph had used for its Moto2 test mule.

It’s claimed that the limited edition bike will get the same TFT colour dash as the Street Triple RS, albeit with an official Moto2 start-up screen. The aluminium billet-machined triple clamp will have each unit’s number laser etched into it.

The engine on the Moto2 bikes makes in excess of 138 horses. But can expect the limited-run bike to get a slightly detuned version for road use. We think it could pack anywhere between 130-135PS. This will make it more powerful than the Triple RS. Plus, Triumph claims that this Daytona will be lighter than the old Daytona 675 R. And this is just the start. This limited edition bike will get a low-slung titanium exhaust from Arrow, similar to the Moto2 bike. While ride-by-wire will be offered as standard, this bike will get five riding modes, including track mode. A bi-directional quickshifter will be standard too.

The Daytona Moto2 765 Limited Edition will be showcased at the 2019 British GP at Silverstone which is set to take place on 23-25 August, 2019. Key specs and pricing will also be revealed at the event. The motorcycle is set to go on sale in March 2020 with a few units of the limited edition motorcycles slotted for Asia. Out of this, expect a few to make it down to India as well. We can expect the standard Daytona 765 to take centre-stage at the 2019 EICMA. Stay tuned for more updates regarding the Daytona 765!