Suzuki Gixxer 250 Spied! Or Could It Be A Baby Hayabusa? 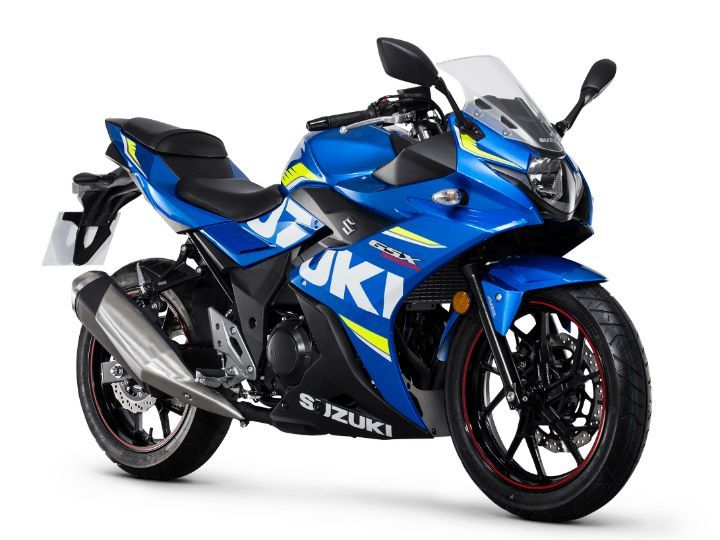 The launch of Suzuki’s new motorcycle is just around the corner. And we’ve been speculating that this is likely to be the Suzuki Gixxer 250 (or Suzuki Gixxer SF 250), based on what’s going down the grapevine. Officially though, there has been absolutely no information about this upcoming bike except for the couple of teasers Suzuki India shared for the launch, the latter of which pointed towards a full-faired motorcycle. Now though, some spy pictures have finally emerged, revealing some more details.

Through the heavy packing material, one thing is clear - this is indeed a full-faired motorcycle. While we won’t deny the possibility that there could be a fairly slim bike under all that packaging, something about the proportions just makes it feel like we could be looking at a more bulbous fairing. And the same can be said about the tail section as well. So could this be something other than a Gixxer (SF) 250?

Quite possibly. Given the size, and Suzuki’s tendency over the last couple of launches to attempt to replicate their larger bikes in a smaller platform (think Intruder and Burgman), we believe that this new bike could indeed be a baby Hayabusa. There’s a good chance it won’t be called that though. Seeing how Suzuki India named their 150cc motorcycle “Gixxer” after what the GSX-R is affectionately called, we think they might just name this new bike “Busa”.

There are other factors visible in the spy shots that could also point in this direction. For one, the alloy wheels come in machine-finished two-tone and look rather premium. They’re also shod with MRF Revz FC1 radial tyres, which might just indicate a fair degree of performance (these tyres can also be found on the 125/200/250cc KTMs as well as the 40hp 2019 Dominar 400). Also visible in the pics are the upside-down front forks and that also means that this new Suzuki gets a radially mounted front brake with a single rotor. These are things that even the international GSX-R250 doesn’t get.

As for the motor, there are no solid specs as of yet, although earlier we were speculating an easy-going 250cc single-cylinder air-and-oil cooled mill (like on the Yamaha FZ25). Now though, after looking at this bike’s premium components, this bike could indeed get the liquid-cooled 300cc parallel-twin from the still-in-the-design-phase GSX-R300. This means that we’d be looking at a fairly expensive motorcycle - somewhere in the range of Rs 2.5 lakh to Rs 2.7 lakh (ex-showroom). But considering that this would be a big jump from Suzuki’s other made-in-India bikes, this one could also get a liquid-cooled single-cylinder mill, pushing out something in the region of 27-28PS.

Of course, most of this is mere speculation at the moment. However, we do hope that if Suzuki India is going the “Busa” way, they don’t overdo the design like they did with the Intruder. Fingers crossed till May 20.