The mini-cross hatchback will be made at Maruti Suzuki’s plant in Manesar, Haryana 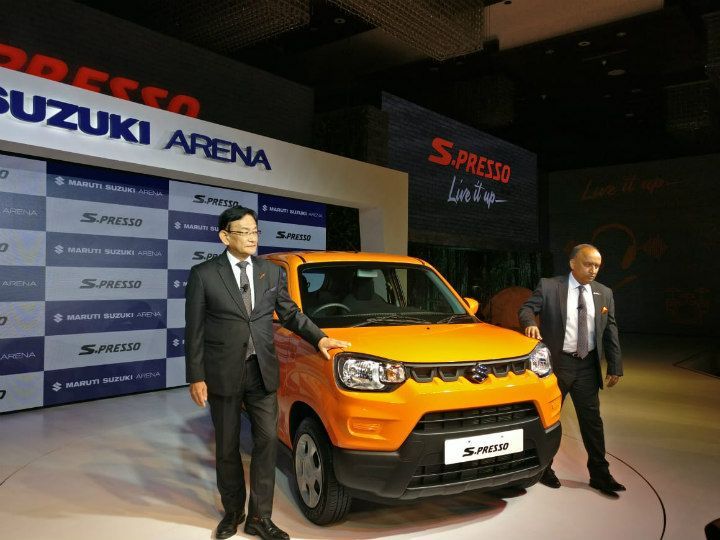 Maruti Suzuki has just launched the S-Presso in India at a tempting price of Rs 3.69 lakh (ex-showroom Delhi). However, the mini-cross hatchback will not be limited to the domestic market alone. According to the manufacturer, the S-Presso, which will be built in Manesar, Haryana, will also be exported to international markets. In effect, today’s event marks the global launch of the Maruti Suzuki S-Presso, which the company is calling a mini-SUV.

During the launch event, the car maker announced that the S-Presso will also be exported to markets including Latin America (Panama), South-East Asia (Philippines), South Africa, and Sri Lanka. A team of engineers from Suzuki Global has worked hand-in-hand with Maruti Suzuki to make the S-Presso comply with the needs for these international markets. The India-based engineering team is already working to ready it for this global outing, Maruti stated. The manufacturer aims to launch the completely ‘made-in-India’ S-Presso in these international markets in the next three to six months.

The S-Presso is the eighth model to comply with the BS6 emission regulations. Powered by the 1.0-litre K-Next petrol engine, the S-Presso produces 68PS and 90Nm. Available in three trims and four variants, the hatchback on stilts will feature manual and AMT gearbox options. The S-Presso is underpinned by the fifth generation Heartect K platform that’s been adapted for Indian conditions

On the outside, the S-Presso looks like an Alto on stilts,. However, it gets kit like a sleek grille, halogen headlamps, 14-inch wheels, an upright tailgate as well as black cladding to give it a sporty look. Interior highlights include a Mini Cooper-style dashboard layout with orange inserts around it. The feature list includes digital dials, a multi-info display, touchscreen infotainment system with Android Auto and Apple Carplay, steering-mounted audio controls, manual HVAC, front power windows as well as remote locking. Safety features include dual airbags, ABS with EBD, rear parking sensors, driver and co-driver seatbelt warning as well as high-speed alert.

The S-Presso primary rivals include the Datsun redi-GO and the Renault Kwid that’s currently dominating the segment and is also due for a facelift soon.