Previously in 2020, the single-airbag S-Presso had received a zero star GNCAP rating 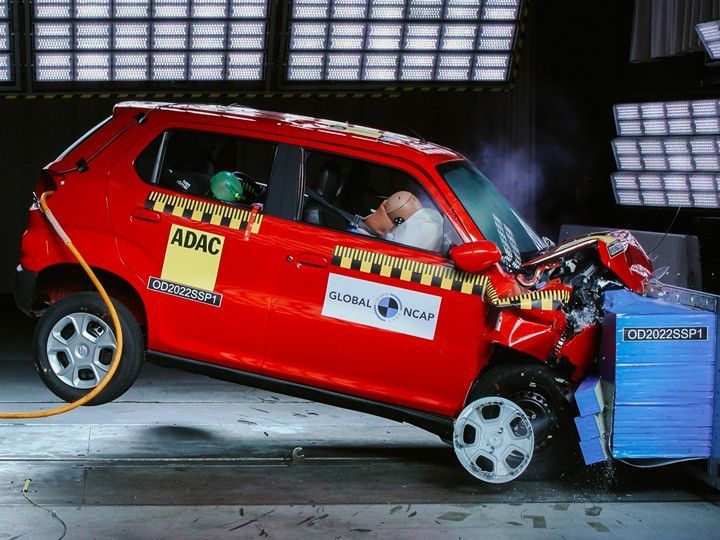 The Global New Car Assessment Program (GNCAP) has awarded a three-star safety rating to the made-in-India Suzuki S-Presso under its “Safer Cars for South Africa” programme. Although hardly stellar, the new rating is better than the India-spec single-airbag S-Presso tested by GNCAP in 2020, which had received a BIG zero. The South Africa-spec hatchback gets similar safety equipment as the Maruti Suzuki S-Presso, so GNCAP’s rating should be applicable on the India-spec hatchback as well.

How safe is the Maruti Suzuki S-Presso?

As standard, you only get government-mandated safety features in the S-Presso. These include dual front airbags, rear parking sensors, seatbelt pretensioners and antilock braking system (ABS). The Maruti Suzuki S-Presso is based on the Heartect platform, but the structure was rated by GNCAP as “unstable” in both the new and older crash tests.

With dual airbags, the Maruti S-Presso offers ‘good’ protection to both the front passengers' heads. The protection offered to the driver’s chest is ‘weak’, but the passenger is better off. The driver’s legs can impact structures behind the dashboard, so they have a ‘marginal’ rating.

Given that it’s a budget car, rear passengers don’t get airbags in any variant of the S-Presso; and for children, there are no ISOFIX child seat anchorages. The child seats are mounted using the three-point seatbelts, but they don’t prevent excessive movement of the seat in an accident. Nevertheless, the 3-year old crash dummy’s head was ‘protected’, while the chest protection was rated ‘poor’.

The South Africa-spec Suzuki hatchback’s latest results are reassuring for the Maruti Suzuki S-Presso. Since its first GNCAP evaluation in 2020, dual airbags have become standard for all new cars in India, and even the addition of just one airbag results in better protection for the occupants. However, airbags aren’t the end-all of car safety, and other factors such as structural rigidity matter equally. Moreover, we need improvements in infrastructure, driver training and traffic management to improve safety for all road users. 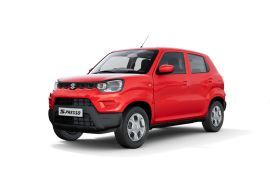