We finally get to be behind the wheels of the practical Renault Triber. Is it the budget family car you’ve always wanted? 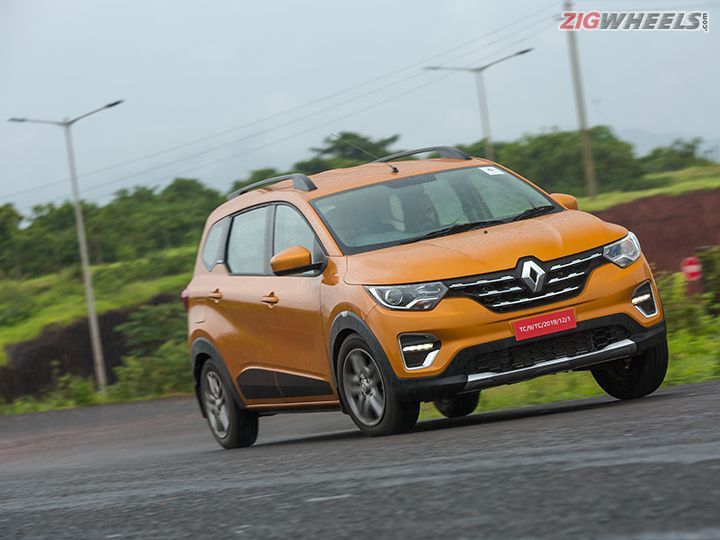 Renault’s Triber has got a lot of hopes up. For it’s promising the practicality of seven seats, at a price point that doesn’t exactly pinch the pocket. It’s also bundling in the option of stowing away the third row altogether, and enjoying a large cargo space - like an estate. There are some raised eyebrows at the ZigWheels office, though. The first one is for the little 1.0-litre engine under the bonnet. And the second is for the rather conservative feature list. Let’s tackle what’s under the bonnet first.

A large seven-seater family car means only one thing: road trips! And if you’re keen on making memories with your Renault Triber, you too would scoff at the output the three-cylinder engine puts out. No, it’s not the same 1.0-litre engine you’d find under the bonnet of the Kwid. This is a different motor altogether, with a different bore and stroke, as well as variable valve timing. Not surprising then that the motor makes slightly more power than the Kwid (72PS vs 69PS) and a tinge more torque (96Nm vs 91Nm) as well.

As you’d expect from a three-cylinder engine, vibrations are quite evident on the floorboard as well as the pedals on idle. On the move, however, they do take a backseat. You do hear the engine in the background pretty much all the time. But it’s intrusive only when you push the car hard past 3500rpm.

The clutch bites in early, but it isn’t exactly easy to get it going smoothly. You’ll have to give it some throttle to make a move. Once the Triber build speeds, however, progress is steady and the driving experience is relaxed. Much like the Kwid, the controls on the Triber are light and easy to use. With the quick steering and light clutch (mind you it’s heavier compared to say a Swift/Grand i10), quick school trips and shopping runs should be fatigue-free. And speaking of driving inside the city, that AMT really needs to come soon - Renault!

On the highway, the Triber is happiest between 65-85kmph, chugging along comfortably even when loaded with occupants. We drove it with four passengers and a boot full of luggage, and also with all seven seats occupied. In both cases, the Triber coped just fine. Needless to mention this isn’t a vehicle that’s meant for quick overtakes, and it’d appreciate if you mimicked its easy-going nature. Getting a quick move on out on the highway (with or without load) requires planning, and usually a downshift. Also, pushing the Triber up to (and past) triple digits is possible; just not recommended. Past 95kmph, the engine slowly loses steam and begins to feel gruff and strained.

The acid test undoubtedly are the inclines. There, we found ourselves in first and second gear most of the time. From a standstill, you’ll have to be tactful with the clutch and dial in throttle to climb up a steep incline. This does compound a bit with load inside the car.

Braking performance is par for the course, and it’s easy to rein in the Triber to a halt from city speeds comfortably. Braking hard from triple digit speeds, however, sees it get slightly nervous and skittish. It does manage to hold its line well, though.

Finally, as you’d expect from a Renault, the suspension deals with the potholes, craters and what have you without tossing occupants about. It works in silence as it goes about gobbling surface imperfections. High-speed driving does induce a bit of float to the ride, and that’s something you’ll feel more prominently if you were seated in the second or third row. Given its tall height, it’s no surprise that it rolls its way through corners if you hustle it. But in all seriousness, we doubt you’d want to drive a seven-seater spiritedly. And that brings us to the all-important bit.

Well, yes. Renault has gone for theatre-style seating, which means that the second and third rows are mounted higher. They’ve also carved out a portion of the roof to ensure there’s enough headroom for the third-row occupant. Since the second row has a travel range of 190mm, you get to effectively tailor the knee room for the third row as well.

Finding a balance where every occupant is comfortable isn’t tricky. For instance, a six-footer like me has enough space in the second row behind my own driving position. There’s no dearth of headroom or kneeroom. However, the cabin could definitely do with a little more width to keep three abreast comfortably. The seat back feels a bit flat and could’ve been contoured better to offer superior support. You’d feel this only over longer journeys, though. To keep the occupants cool, there are B-pillar-mounted AC vents. They can be switched on independent of the first row air-con. A small annoyance is the positioning of the fan speed control that’s placed low and far — right next to the chilled central glovebox between the front seats.

In the third row, I could do with a little more room as the knees brush against the seatback. This can be mitigated by sliding the second row forward a little bit. Expectedly, you sit slightly knees up in the third row. And since the seat base is short, it’s got limited underthigh support to offer. So, while adults can sit in the third row for short trips, we’d say it’s best left to kids over longer journeys. Only the 40-section of the second row has one-touch tumble (the 60-section only reclines and slides forward). And the opening to get into the third row isn’t exactly old people-friendly since it’s slightly raised and narrow. In terms of convenience, the two occupants here get a pair of AC vents mounted in the roof, and the top-spec variant packs in a helpful 12V charge socket as well.

Of course, should you not need the third row and want to use cargo space, the seats can be removed altogether. Renault claims this can be done in as little as 15 seconds. With some practice, you might just get it done in the same amount of time. Take the last row out and you have a whopping 625 litres of storage. That’s more than twice of what similarly priced hatchbacks will offer. On that note, we wish the second row folded flat to the floor. It would’ve added another feather in the Triber’s versatile cap.

If you’re going to be using the third row most of the time, invest in the roof carrier. The roof rails are designed to carry 50kg of load. And with just 84 litres of boot space with the third row in place (that's just about enough for a couple of large backpacks), you’re most definitely going to need it.

Okay, before we get on to what the Triber misses compared to similarly priced cars, we need to set some context. This little Renault is offering an extra row of seats, and if that matters to you a whole lot, chances are you will be willing to excuse quite a lot of the feel-good fluff. On paper, the top-spec RXZ variant seems quite well kitted. You get daytime running lamps, a touchscreen infotainment system, a reverse parking camera, keyless entry and push-button start as well.

Renault has been clever in equipping the variants too. For instance, the Triber’s slide/tumble second-row and third-row seats are offered as standard across the range. Projector headlamps are offered right from the base-spec variant, along with basics like reverse parking sensors and a manual AC. AC vents for the second and third row, however, are available in all variants save for the base. What Renault could’ve offered for the price includes a height-adjustable driver’s seat, steering-mounted audio controls and fog lamps. You could ask for alloy wheels too, but that’s on the accessory menu anyway.

On the safety front, Renault is offering dual airbags, ABS with EBD and reverse parking sensors as standard. With the top-spec RXZ variant you get side airbags as well, taking the tally up to four.

Renault is walking the fine line between MPV and SUV with the Triber. There's 182mm of ground clearance too, so it's not another small hatchback dolled up with cladding. The design is executed tastefully, and from no angle does it look ungainly. The short nose, large wheelbase and flat tail hark back to the lovable Lodgy. But this clearly is more in tune with the times. The face with the large Renault lozenge and chrome-dipped grille is in line with the baby Kwid. On the other hand, the rear with its large tail lamps is clean and minimalistic.

In terms of size, it's half a size larger than the Swifts and i10s it goes up against. Pick one in a bright colour like the Mustard or the Blue and it's bound to stand out in a crowd as well. Plus, Renault is offering some cool accessories including decals and wheels for you to personalize your Triber.

Is the Triber the family car on a budget you always wanted? Well, yes. The Triber has a lot going for it. It’s a genuine family car that focuses on everyday usability more than flash value. If you absolutely need the third row of seats, or even just the large boot, you will appreciate the versatility of the removable third row as well. It’s packing in just enough features to get you excited, and there’s reassurance in the safety department with four airbags as well. Yes, the Triber could do with a few more basic features we spoke about earlier, but other than that it hardly leaves you wanting. The engine feel adequate for handling city duties without breaking a sweat. But if you’re someone who enjoys long roadtrips, you might feel the performance to be slightly underwhelming.

It is delivering solid value for money, though. For Rs 4.95 lakh - Rs 6.5 lakh (ex-showroom), the Triber genuinely is a lot of car for the money. So, if you needed a no-nonsense companion for your big family, the Triber does that without breaking the household budget. 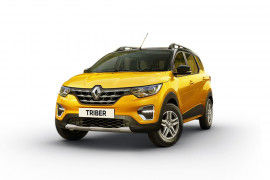 All Comparisons of Triber