Perak, The Third Jawa, Finally Has A Launch Date!

The Perak, unveiled last year alongside the Jawa and the Forty Two, is the bobber of the lineup 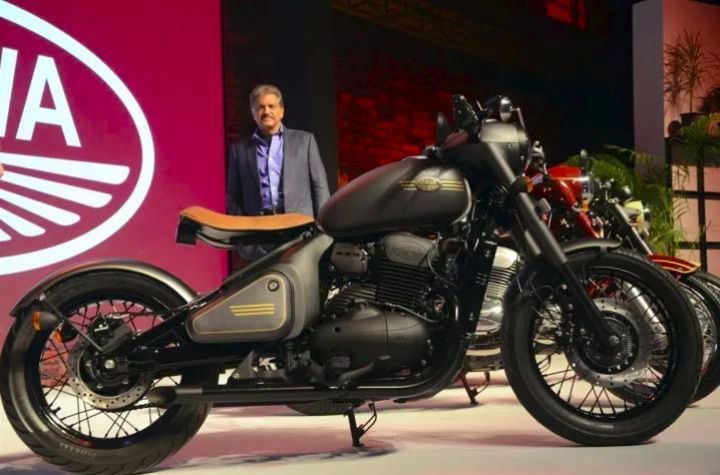 Last year, Jawa unveiled three motorcycles, of which the Jawa and the Forty Two are already on sale. But what about the Perak? Well, fret not. Because the resurrected company is all set to launch the Perak on November 15! Jawa had earlier announced that the Perak will be priced at Rs 1.89 lakh (ex-showroom), however, we expect the final asking price to go up due to factors such as inflation and the upcoming emission norms.

The Perak is based on the Jawa, but considering that it’s an all-new body style, the bike maker had to make some tweaks. For instance, it gets a longer swingarm and features a monoshock instead of twin rear shock absorbers. Moreover, being the top-end model of Jawa’s lineup, it gets disc brake at the rear, which replaces the drum unit as seen on the other motorcycles.

Powering the Perak is a bigger 334cc liquid-cooled single-cylinder motor, which belts out 30.4PS and 31Nm of torque—3PS and 3Nm more than the Jawa and the Forty Two. Transmission duties are handled by a 6-speed gearbox. Now, we have done a detailed story where we meticulously point out what separates the three bikes, and we think you should take a look at that.

Also read: Jawa Has Ramped Up Production And Is Bringing Us Three New Models

Expect bookings to commence sometime after the launch so that the bike maker gets time to manufacture the motorcycles. Jawa has ramped up production at its Pithampur facility so we expect the delivery process to be a bit smoother compared to the other bikes, wherein customers had to wait for more than nine months to get their hands on the bike. However, the waiting period in some cities has reduced to 7-9 months.