Hero-Gogoro To Take On The World

This comes in the wake of Ola’s mega electric ambitions 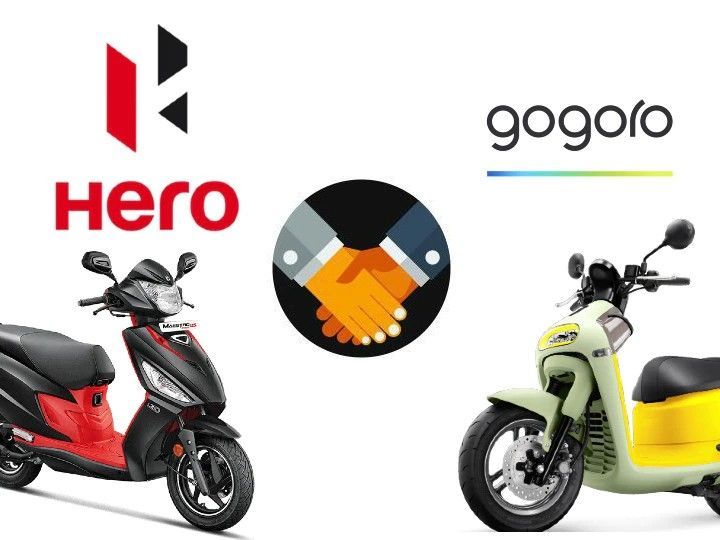 Hero MotoCorp has taken a giant leap towards furthering its electric mobility dreams by partnering up with one of the behemoths of the EV world, Gogoro. Taiwanese Gogoro is a leading electric two-wheeler brand that has revolutionised the way battery-operated mobility works. Its battery swapping technology has garnered interest from top Japanese bikemakers like Yamaha and Suzuki, which have been using Gogoro tech for their Taiwan-spec scooters.

So, what exactly is the plan here between Hero and Gogoro?
Hero and Gogoro are partners in an endeavour to take electric mobility to the masses. Hero will be entering into a joint venture with Gogoro to primarily bring the latter’s battery swapping network to India. Hero had announced last year that it had allocated a budget of Rs 10,000 crores for R&D, new product development and expansion of facilities for the next 5-7 years. This initiative could very well be an integral part of this incredible investment. Large-scale production was critical for this, and Hero’s decision makes all the more sense now that there’s another new and promising electric player entering the Indian market -- Ola Electric.

Yep, Ola’s grand ambitions might have stoked Hero and Gogoro’s plans
Both Ola and Hero are looking at large-scale production, which no other manufacturer in the country can cope with. We already know Hero’s success with ICE two-wheelers. Add to that, Ola claims that when its new 500-acre dream facility is ready, it will produce a new electric scooter every 2 seconds. No other manufacturer can possibly match this promise, with even established brands like TVS and Bajaj having failed to make a strong impact with their products.

What will Gogoro bring to the table?
The Taiwanese company has revolutionised the battery swapping infrastructure, with currently 2000 battery swapping stations in Taiwan and its network handling nearly 2,65,000 battery swaps daily and flawlessly. A big help here is the cashless digital process that requires no numeric pin or password to swap. The identity of the battery is linked to your account. So, when you go to switch your dried-out units with fresh ones, the Gogoro Network identifies your request, popping out new batteries from their charging stations. Gogoro claims this entire process takes a mere six seconds! That’s faster than filling gas in petrol tanks!

Hero can utilise Gogoro’s tech in its electric scooters, and the latter will share all its expertise. And to address any doubt in your mind’s recesses, Hero’s electric scooters will not be rebadged versions of any existing Gogoro product. Instead, the Hero e-Maestro, which we saw at the 2020 Hero World event, could be used as the base. The e-Maestro project has been in the works for over a year now with the team over at Hero CIT in Jaipur receiving an additional boost with this partnership.

Will Ather Energy Be A Part Of This?
After the last round of investments, Hero’s stake in Ather Energy has gone up to 34.58 percent. While the intention of both Ather and this partnership is to boost electric mobility, the directions that both are heading in are quite different. Ather is definitely going to cater to the premium end with its cutting-edge technology and thrilling performance. It is the only EV maker in the country to assemble its own battery packs at a cellular level. So, while Hero will have obviously benefitted from knowledge via their investment in Ather, we do not think that there will be adoption of swappable battery tech on the 450X or any future Ather products.

Project timeline?
While no timelines have been set as of now, Hero chief Pawan Munjal says he's "a man in a hurry to go out and clean the environment” and “to transform the world's two-wheeled mobility". Thanks to Hero’s outreach and marketing prowess, we are sure it can conquer any feat on its way, including that of cleaner and greener mobility.