World Environment Day Special: Five E-Scooters You Should Check Out! 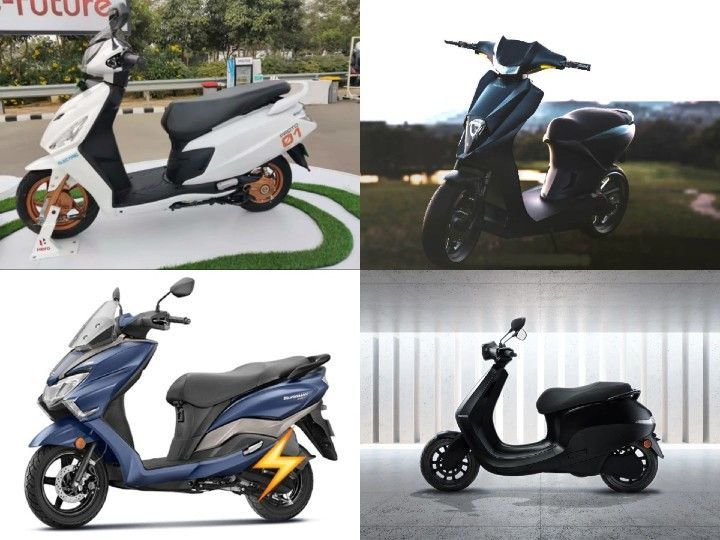 Electric vehicles have existed in India for quite a while, especially scooters. Barring a few brands, most of them have been sketchy, at best. Many mainstream two-wheeler brands have entered the e-scooter segment. Startups like Ather, Revolt, and Ultraviolette have already carved a niche for themselves.

On World Environment Day, we are going to take a look at the upcoming e-scooters in India!

How can the world’s largest 2-wheeler manufacturer not have a piece of the e-scooter pie! Based on the Maestro Edge, the eMaestro was seen in Hero’s Jaipur facility in 2020. It packs some cool features like a lithium-ion battery, permanent magnet motor, reverse mode, a fully digital instrument cluster, LED lights, and more, about which you can read here.

Now that Hero has teamed up with Taiwan-based Gogoro, it is likely that the eMaestro will feature the swappable battery pack from the latter. You can read more about the partnership in our story. Hero might launch this scooter somewhere around the end of this year, at a starting price of around Rs 1 lakh.

Ola had acquired Etergo, a Dutch EV firm, in 2020. In hindsight, this acquisition may have given the app-cab company a head start, considering Ola’s current plans to launch their first e-scooter by October 2021 and set up the world's largest EV factory in India.

And their scooter packs quite the specs too -- a 3kW, 50Nm brushless motor, LED lighting, touchscreen TFT display, a 150km range, 50-litre under-seat storage, and more, about which you can read in our full story. Then there’s Ola’s massive project of setting up 1,00,000 hypercharging stations across 400 towns. But before we move on, does this e-scooter remind you of Eve from Wall-E?

Bengaluru-based startup Simple Energy is set to launch its first e-scooter, the Mark 2, on August 15, 2021. The scooter, understood to be in the testing stage, boasts some incredible numbers -- a removable 4.8kWh li-ion battery, 240km range, 0-50kmph in 3.6 seconds, and a 100kmph top speed.

On paper, this does look like a worthy competitor to the Ather 450X, which so far has been the only performance-oriented electric scooter in its segment. Simple Energy’s Mark 2 is expected to retail between Rs 1.10 lakh and Rs 1.20 lakh.

The Suzuki Burgman Street has undoubtedly been polarising with its styling. However, it did open up the affordable maxi-style scooter segment in India. So much so that there was nothing quite like it until the Aprilia SXRs came along.

The Suzuki Burgman Electric has been spotted on the test, and from the looks of it, the e-scooter might have 12-inch front and 10-inch rear wheels, a twin shock absorber setup, and CBS. Though it appears production-ready, we expect it to launch after a few months. You can get more details in our analysis.

With the entry-level maxi-style-scooter segment booming in India, Ather cannot resist taking a slice of the pie. According to a leaked patent filing, the company could be working on a maxi-styled scooter of their own. We reckon this might use a new frame and not the one from the 450/450X. It's expected to be ready somewhere around mid-2022.

Well, those are some of the most exciting upcoming e-scooters in India. We want to know what you have in mind. Do let us know in the comments below.