The BS6 R15, as well as the Fascino, might get a drop in power 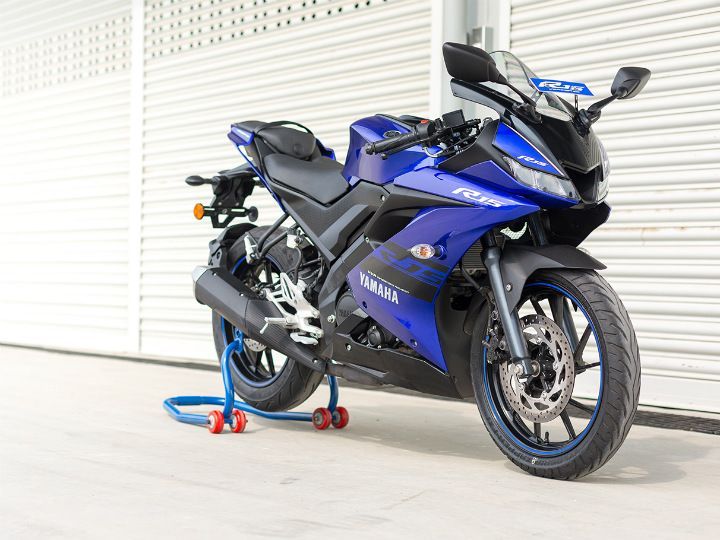 Last month, Yamaha sent us a ‘Block Your Date’ invitation, which we thought was for the new R3. But it seems like we have to wait a bit more for the all-new R3. (insert sad emoji here). According to our sources, Yamaha will launch the BS6-compliant R15 V3.0 and the Fascino on December 19. Moreover, Yamaha dealers might also start accepting bookings from early December with deliveries scheduled for later that month.

Yamaha recently launched the BS6-compliant FZS-Fi and FZ-Fi, which now makes 0.8PS less than the older models and it could be the same case with the R15 V3.0. According to leaked RTO documents, the BS6 R15 V3.0’s 149cc liquid-cooled powerplant now belts out 18.63PS -- 0.67PS less than its predecessor. So, there are chances that the BS6-compliant Fascino will have a drop in power as well. The current 113cc air-cooled powerplant in the Fascino makes 7.2PS and 8.2Nm.

Just like the BS6 FZs, we expect Yamaha to give the updated R15 V3.0 and the Fascino a cosmetic makeover. While the R15 might just get a new paint scheme and new decals, the Fascino will get a major style update going by the BS6 variant spotted a few months back.

With the addition of the new R15 and the Fascino, Yamaha will have the most number of BS6-compliant motorcycles in its portfolio. Considering the updated Fascino gets a cosmetic update and new features, it’s reasonable to expect a price hike of around Rs 6,000 to Rs 7,000 over the current-gen model, which retails at Rs 57,523. As far as the new R15 V3.0 is concerned, we believe it could get a price increment of around Rs 14,000 over the BS4 variant priced at Rs 1,40,880 lakh.

(all prices are ex-showroom Delhi)