The new Ray ZR 125 Fi gets a bigger heart, new features and a complete image makeover! 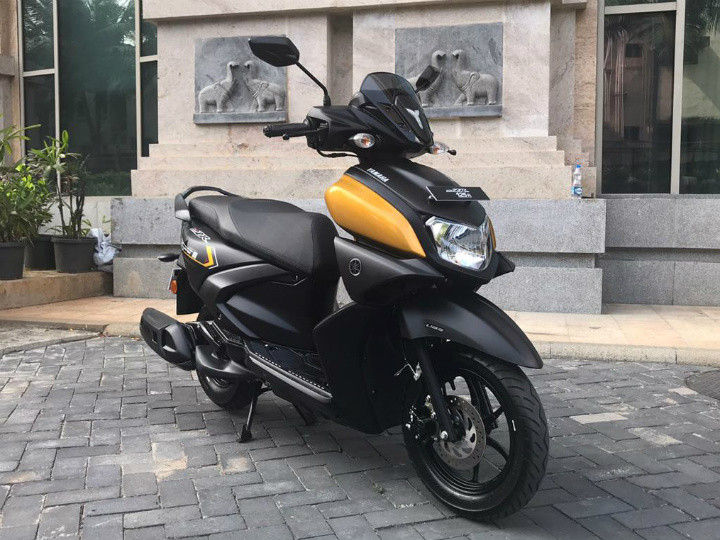 Yamaha has unveiled the all-new BS6-compliant Ray ZR 125 Fi. Yes, the Ray ZR has received a bigger 125cc motor! The Japanese bike maker hasn’t launched the scooter yet, so we don’t know its price, but we expect it to be around Rs 10,000 more expensive than the older model. Here’s what we know about the new Ray ZR 125 Fi:

It gets a bigger engine:

The new 125cc motor is fuel injected and adheres to the new BS6 emission norms. This motor churns out 8.2PS and 9.7Nm of torque, which is 1PS and 1.6Nm more than its predecessor. At 58kmpl, the motor is 16 per cent more efficient than the older 110cc motor. However, we will reserve our judgment on this claim until we test the scooter in the real world.

The old-gen Ray ZR was one of the sportiest-looking scooters out there. And the new 125cc variant follows the same design language as the older model, which is a good thing. Unless you look at its front, which looks a bit weird with the new logo on the top. And if you want to go for mild off-roading, Yamaha has the Street Rally variant for you, which comes with knuckle guards and dual-purpose tyres.

It gets LED DRLs, a digital instrument console, a ‘Quiet Engine Start’ (which is similar to Honda’s silent start system) and side stand engine cutoff. However, we were expecting the bike maker to equip the scooter with some additional equipment such as a USB port and an underseat light.

What about the cycle parts?

Suspension hardware remains the same as before with telescopic fork at the front and a monoshock at the rear. While the base variant gets drum brakes, the top-spec model comes equipped with disc-drum brake setup with UBS (Unified Braking Setup). Moreover, at 99kg (kerb weight), the new Ray ZR 125 Fi is one the lightest scooter in its segment.

When can you book one?

Well, Yamaha hasn’t revealed the booking details as yet, but expect the bike maker to commence deliveries from next month. The new BS6 Ray ZR 125 Fi is likely to be priced at Rs 69,000, which is around Rs 10,000 more than the older model. Considering that it gets a bigger engine, new features and a completely new look, we think that’s a fair price hike.