The Exciting Bikes And Scooters Launched In November 2021 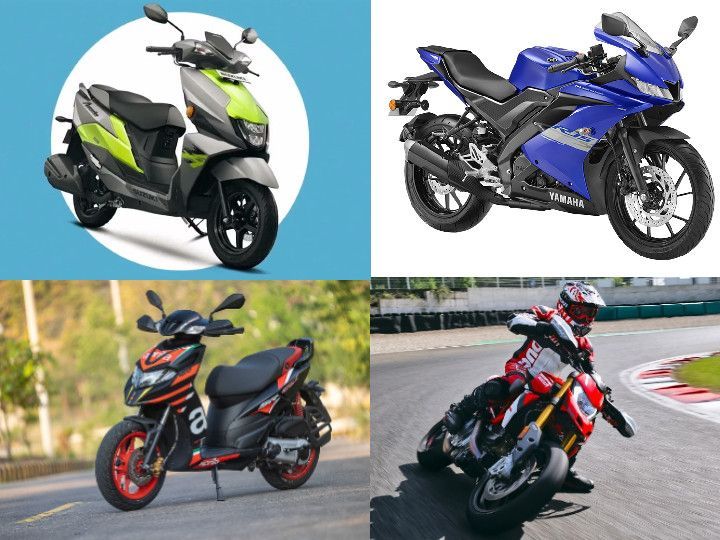 As we settle down into the final stretch of 2021, the month of November brought us quite a few big bikes and a handful of variants of existing two-wheelers. Here’s a quick recap of all of the launches of the past month:

Suzuki Avenis 125
A scooter for the youth, one that looks and feels sporty -- that was the idea behind the new Suzuki Avenis 125. It is a direct rival to the TVS NTorq 125 (and bears an uncanny resemblance to the TVS scooter too), plugging the gap in the Japanese manufacturer’s scooter lineup that comprises the sensible Access 125 and the stylish Burgman Street 125. Besides, it is based on the same platform as the other two scooters as well. Check out how it stacks up against the competition in this story.

2021 Aprilia SR 160 and SR 125
The ageing Aprilia SR scooters received a much needed change for 2021. While the major alterations to the motor came around with the BS6 updates itself, the scooter now looks fresh and still sporty. Plus, it gets a handful of new features too, as well as a softer suspension tune. We rode the scooter recently, and here’s our assessment of the sporty Italians.

Honda Grazia 125 Repsol Edition
Honda’s sporty-looking Grazia 125 scooter becomes the brand’s latest product to receive the Repsol treatment. So far, the Dio and the Hornet 2.0 were the only two Hondas to bear the RC213V MotoGP livery and now the Grazia sports it as well. There are no other changes to report and the price premium for the new variant is also quite reasonable.

Yamaha R15 V3S
We were the first to report that Yamaha was working on a more affordable ‘S’ version of the R15 and our findings were proved right as the Japanese bikemaker launched the R15 V3S a few weeks ago. Essentially, it is the old R15 V3 only but with a couple of changes, especially the single-piece seat. Here’s all the details on the new R15 variant.

Ducati Hypermotard 950 SP
The craziest motorcycle in Ducati’s lineup reached our shores in November. The Hypermotard 950 unlocks a new level of hooliganism that we have come to love from the bike series, as the SP variant comes loaded with all the bells and whistles. This Bolognese bike is not one for the faint-hearted, as it is tuned to give you continuous dopamine hits.

Ducati Scrambler Desert Sled Fasthouse and Panigale V4 SP
Besides the Hypermotard, Ducati India also launched the limited edition Desert Sled Fasthouse and the SP variant of the Panigale V4. The former brings a special dark livery for the hardcore scrambler. The Pani V4 SP, though, is a lighter and more serious version of the litre-class sportbike. For India, Ducati has made some mods, the most notable one being the magnesium alloys appearing on the bike instead of carbon fibre wheels.

Those were all of the exciting two-wheelers launched in November 2021. Want to know what arrives in December? Stay tuned to our website.