A closer look at the updated baby Duke 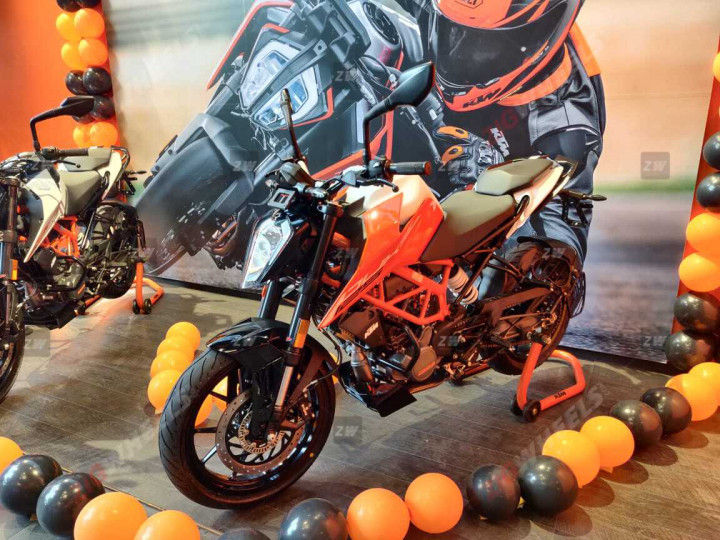 After the 200 Duke received its much-needed overhaul this year, KTM launched the updated 125 Duke at Rs 1.50 lakh. Here’s a closer look at the baby Duke

Until now, the 125 Duke was the only bike in the lineup with an almost-decade-old design. With this update, the design is a lot sharper and in-sync with its elder sibling.

The headlight unit is carried over from the 2020 200 Duke, with a halogen lamp and split LED DRL.

One of the biggest advantages for the bike from the new design is the bigger fuel tank which is now 13.5 litres, instead of 10.5 litres.

Just like the other bikes in the Duke lineup, the 125 now gets the split steel trellis frame, which has altered the ergonomics slightly, positioning the rider in a somewhat sportier position.

The new seat is roomier and plusher than the older variant. The saddle height now stands at 823mm, 5mm higher than the outgoing model.

While the orange backlit LCD is informative, it now feels dated. We would have loved to see the new LCD dash from the 250 Adventure.

Unlike the European model, the 2021 KTM 125 Duke in our market misses out on the side-slung exhaust and gets the underbelly unit seen on the 2020 200 Duke.

With the additional 7kg bulk, the new 125 Duke gets updated 43mm WP USD forks and a monoshock, which the company claims is better suited for cornering as well as for soaking up bumps on the road.

The 300mm/230mm disc brake setup, aided by single-channel ABS, has been carried over from the older model.

The 125 Duke is available in two colours: white and orange. While the former gets a black tank, the latter gets a white one.