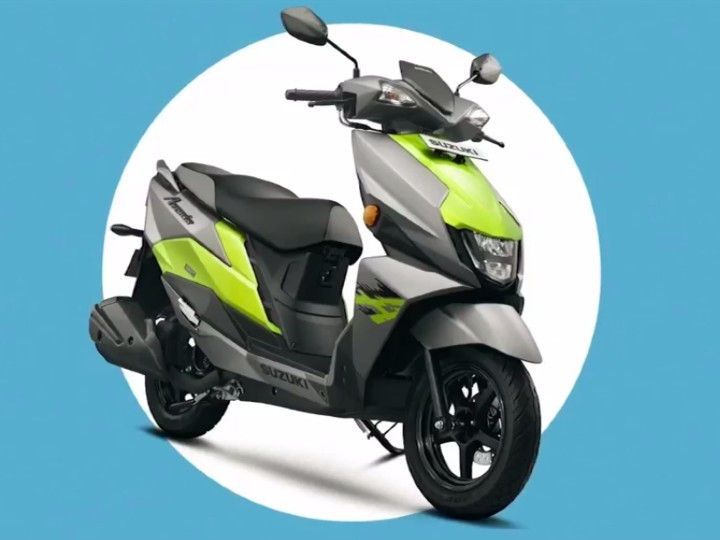 Enhancing Suzuki's 125cc scooter lineup, the Japanese manufacturer has launched a sporty offering, called the Suzuki Avenis. This is the Japanese bikemaker’s third scooter on sale, after the Suzuki Access 125 and the Suzuki Burgman Street. Bookings will commence from next month. Here’s what the Avenis is all about:

What Is Its Price? Who Are Its Rivals?

The Suzuki Avenis is priced at Rs 86,700 for the Ride Connect variant and Rs 87,000 for the Race Edition. A more affordable base variant without connectivity will be offered soon. In comparison, the Suzuki Access 125 with a front disc brake and bluetooth connectivity retails at Rs 83,600, whereas the Suzuki Burgman Street costs Rs 89,600 for the connected variant.

The newly launched Suzuki scooter rivals the TVS NTorq 125 Race XP (Rs 84,025), recently launched 2021 Aprilia SR 125 (Rs 1.08 lakh), Honda Grazia 125 (Rs 85,714), and the Yamaha RayZR Fi Hybrid (Rs 79,830). All prices are ex-showroom Delhi. The RayZR Fi Hybrid offers a segment-first mild-hybrid tech all the while being the most affordable of the lot. On the other hand, the TVS NTorq 125 Race XP offers segment-first ride modes despite undercutting the Suzuki Avenis by Rs 2,675.

Well, the Avenis is an all-new scooter designed to appeal to younger audiences. The sharp-looking apron gets several creases, and it houses an all-LED headlamp. The bulb indicators are housed in a sporty-looking handlebar cowl with integrated flyscreen. The side panels also get cuts and slashes for an added dose of sportiness. The tail section is reminiscent of the TVS NTorq 125, and comes with split triangular LED tail lamps. Interestingly, the stubby exhaust looks similar to the one in Burgman Street. The scooter is equipped with a full LCD instrument cluster, same as the one in the Burgman Street. It comes with smartphone connectivity with turn-by-turn navigation, call/SMS alert, battery level, overspeed alert, among others.

For extra practicality, it also gets an apron-mounted cubbyholes with integrated USB charging port, side stand engine cut-off feature, silent starter with engine kill switch, a generous 21.8-litre underseat storage, external fuel filler cap (hinged), and utility hooks on the apron as well as below the seat.

The Avenis’ engine has been carried over from the Burgman Street and the Access 125. This 124cc single-cylinder air-cooled, fuel-injected heart churns out 8.7PS at 6750rpm and 10Nm at 5500rpm. Its underpinnings have also been carried over from the Burgman Street, including the telescopic front fork, single rear shock absorber, 12-inch front and 10-inch rear alloy wheels with tubeless tyres, and disc brake up front and drum at the rear. The scooter tips the scales at 106kg (kerb), making it 3kg heavier than the Access 125. At 780mm, the seat is fairly accessible, and is the same height as the Burgman Street's unit.

Suzuki already has a healthy presence in the 125cc commuter segment with the Access 125 being the highest selling model in its space in the country. For those who want a good balance of practicality and sportiness have the Burgman Street, and now with the sporty Avenis designed for the youth, Suzuki intends to come full circle in the 125cc space.

We wish Suzuki had designed the scooter to look a little more different as it would’ve helped Suzuki ensure a greater distinction from the TVS NTorq 125. Nonetheless, the new Suzuki scooter will definitely strengthen the manufacturer’s position in the 125cc segment.