2022 Maruti Suzuki Brezza Promises To Be More Premium Than Ever 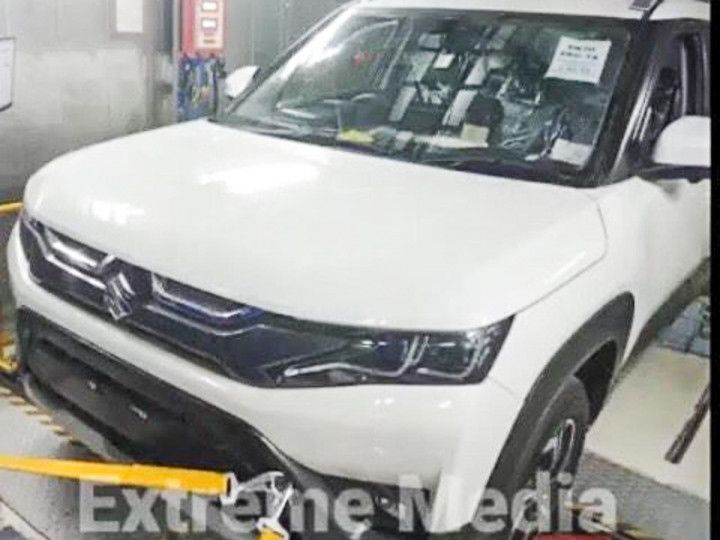 Maruti Suzuki will soon launch the second iteration of its popular sub-4 metre SUV, the Vitara Brezza. Now, images of the actual thing without camo have leaked online ahead of its 2022 debut. If these spy shots are anything to go by, it’s safe to say that the SUV has undoubtedly received a significant overhaul.

Here are the five crucial changes:

No ‘Vitara’ This Time

You notice that the SUV has dropped the ‘Vitara’ from the tailgate. And that leads us to believe that the second-gen model would simply be called the ‘Brezza.’ While the reason for this has yet not been clarified, we reckon the ‘Vitara’ name will be used for Maruti’s rival to the Hyundai Creta, which should launch next year.

There is a new floating touchscreen infotainment system (possibly 8-inches), similar to the 2022 Baleno. It also gets a new instrument cluster with coloured multi-info display and the carmaker’s new steering wheel with paddle shifters.

Yes, you read that right. The Brezza will get a single-pane sunroof, a first for a Maruti car. Other likely features include cruise control, wireless Apple CarPlay and Android Auto, climate control, a wireless phone charger, and keyless entry with push-button start.

Passenger safety should be taken care of by multiple airbags, ABS with EBD, rear parking sensors with camera, and electronic stability control.

Though the 2022 Brezza’s silhouette is similar to the existing model, it’s evident that Maruti has thoroughly revised the design nitty-gritty. The redone chrome grille, LED headlamps, and bumpers make the front fascia look much sharper than before. At the rear, the SUV gets sleeker tail lamps and a redesigned tailgate.

New alloy wheels and paint options should also be in the offing.

Same Engine As Before

The Vitara Brezza will continue with the 105PS 1.5-litre petrol engine, paired with a mild-hybrid system. A 5-speed manual will be standard, but a more sophisticated unit could replace the ancient 4-speed torque converter automatic. Flex-fuel powertrains cannot be ruled out as well.

The 2022 Brezza will retail at a premium over the current-gen model, which is priced from Rs 7.62 lakh (ex-showroom) onwards. It will rekindle its rivalry with the Kia Sonet, Hyundai Venue, Tata Nexon, Toyota Urban Cruiser, Nissan Magnite, and Renault Kiger.