Explore The New-Gen Suzuki S-Cross In These 10 Images

The S-Cross, it seems, has shed its ‘crossover’ design. Thankfully, it has been for the better 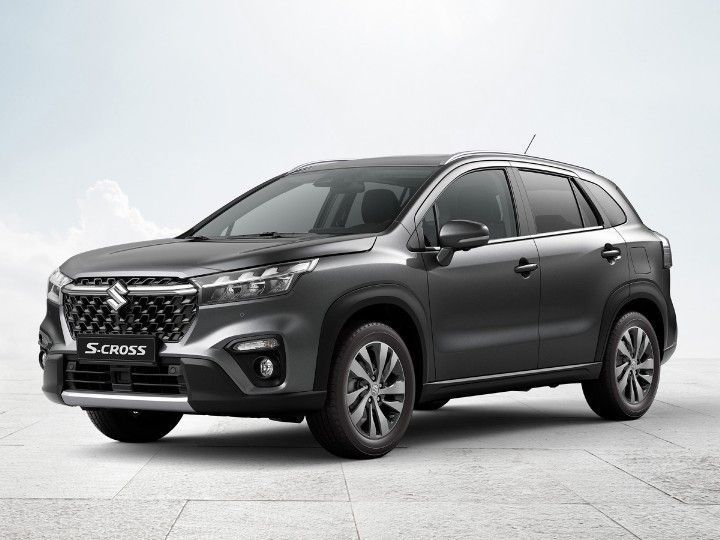 Suzuki recently revealed the second-generation S-Cross in Europe. It looks different and is more equipped than ever. Here’s everything you want to know about the SUV in 10 crisp images:

First things first, you can barely recognise this S-Cross from what it was before. It gets an all-new face and a more upright stance, and that is only complemented by the beefy new bumper and large LED headlights.

What we really liked is the in-your-face grille that has a mesh pattern and a chrome strip running along its length, much like the new Celerio.

Move to the side, and you realise that the S-Cross has done away with the earlier 'crossover' styling for more SUV-like. The new alloy wheels and clean character lines add to the look.

Like the front, the rear is also nice and straight. There are new connected LED tail lamps and a bolder-looking bumper with chunky cladding that seems proper aggressive.

While exterior design changes are aplenty, the cabin surprisingly has remained largely the same, except for the updated MID graphics.

The most significant change is in the form of a larger 9-inch touchscreen infotainment system with Android Auto and Apple Carplay. The bigger touchscreen is now a floating unit, which means the central AC vents are now placed below it.

Under the hood, there’s a 129PS 1.4-litre Boosterjet turbo-petrol engine combined with a 48v mild-hybrid system. It can be specced with 6-speed manual and automatic gearbox options, with power driven to all four wheels with multiple drive modes on offer.

The carmaker will also add a ‘strong hybrid’ option, paired to an AMT gearbox in Europe for 2022. For India, we can expect the 1.5-litre petrol engine with a front wheel drive to be retained.

Expect Maruti to bring the new-gen S-Cross to India in 2022 with prices likely to start from Rs 10 lakh (ex-showroom India). It will be an alternative to the Hyundai Creta, Kia Seltos, Skoda Kushaq, VW Taigun, and MG Astor.