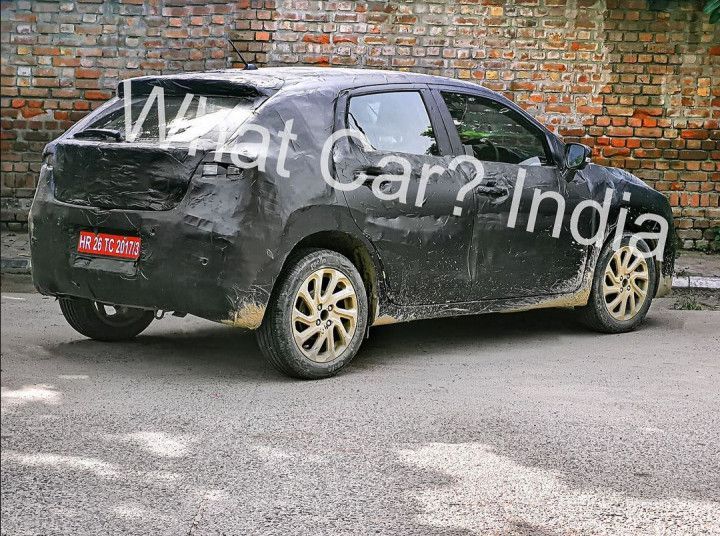 Images of the 2022 Maruti Suzuki Baleno’s interior have surfaced online just a day after it was spied testing. If these images are anything to go by, the premium hatchback will feature a completely revamped interior with plenty of modern-day design elements. And all these changes suggest it could be the next-gen model instead of a facelift.

The first thing that catches your eye is a new floating infotainment system, which sits above the new sleek AC vents. Other new design elements we noticed are the chunky three-spoke steering wheel from the Swift and analogue dials with a multi-info display. That said, Maruti may retain the all-black theme inside for that sporty look.

Now, to the features. The premium hatch could get a few additions this time, including connected car tech, wireless Apple CarPlay and Android Auto, and probably a wireless phone charger. Features likely to be retained include automatic climate control, cruise control, keyless entry with push-button start, and LED headlamps.

Passenger safety should be taken care of by multiple airbags, ABS with EBD, and rear parking sensors with camera.

The silhouette seems to be similar to the current model. But we did spot squared-off LED tail lamps and alloy wheels, which aren’t there in the current Baleno. Also, the revamped design of the door handle, fascia, and C-pillar suggest this could be the next-generation model.

Under the hood, the 2022 Baleno should retain the existing model’s 83PS 1.2-litre K12B and 90PS 1.2-litre Dualjet petrol engines. The latter also comes with mild-hybrid tech for additional boost under hard acceleration. Both engines are paired with a 5-speed manual, and the K12B engine also gets an optional CVT.

The 2022 Baleno is expected to be launched in India next year. It could be priced from around Rs 6 lakh (ex-showroom), putting it in the same league as the Tata Altroz, Hyundai i20, Honda Jazz, and Toyota Glanza.