The Brezza boasts plenty of new features, which are not only segment-first, but first for a Maruti Suzuki car 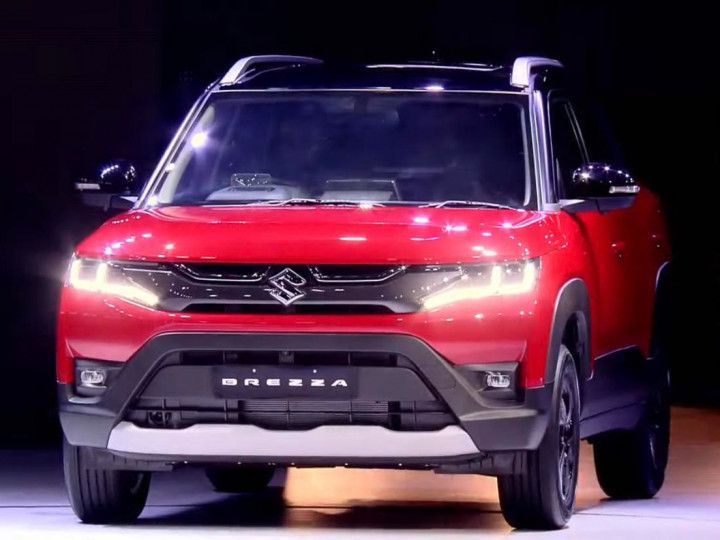 Maruti Suzuki has launched the 2022 Brezza SUV in India at Rs 7.99 lakh (ex-showroom). The second-gen SUV will be offered in four broad trims: LXI, VXI, ZXI, and ZXI+. The petrol-only model can be had with manual and automatic transmission options, the latter being limited to the top three trims.

The 2022 Brezza’s dimensions are very much similar to its predecessor’s, as illustrated by this table below.

Coming to the design, the 2022 Brezza’s overall silhouette is familiar to the outgoing car, but there are plenty of changes. The fascia is now more aggressive looking with the sleeker grille that merges both the angular LED headlights. Body cladding dials up the beefiniess on the side and the SUV also sports new alloys. It’s the rear end where things are radically different as the SUV now boasts sleeker LED tail lights and the number plate housing is lower down.

The Brezza gets a redesigned dashboard that’s inspired by the new Baleno’s. So things like the 9-inch touchscreen infotainment system, analogue dials, steering wheel and even the climate control knobs seem very familiar. The only thing that differs is the styling of the dashboard, which gets a brown trim running across the width.

In terms of features, the Brezza gets plenty of new additions including a heads-up display, a wireless phone charger, a single-pane sunroof (a first for a Maruti), connected car tech, up to six airbags, and electronic stability control. Bits like cruise control, keyless entry with push-button start, and rear AC vents have been retained. Sadly, no ventilated seats, which would have been welcome.

Now to the engines, which includes the new 103PS 1.5-litre petrol unit from the facelifted Ertiga and XL6. A 5-speed manual is standard, while the ancient 4-speed torque converter has been replaced with a new 6-speed unit with paddle shifters should you wish to take manual control. In terms of fuel efficiency, Maruti says the Brezza can return up to 20.15kmpl.

The new Brezza renews its rivalry with the Kia Sonet, Hyundai Venue, Tata Nexon, Mahindra XUV300 and Nissan Magnite in India. Check out our impressions of the SUV in our Brezza first drive review.