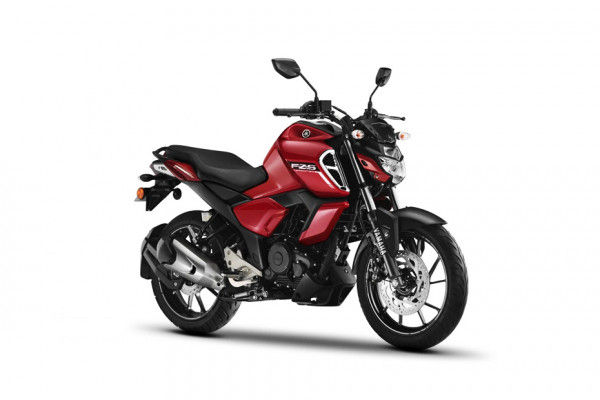 Yamaha India launched the BS6-compliant FZS-Fi Version 3.0 in November 2019. Interested customers can get one for Rs 1,01,200 (ex-showroom Delhi). A price bump of Rs 2,600 over the BS4 model. The entry-level street naked, originally known as the FZ16, was the bike that helped Yamaha gain a foothold in the Indian market. It’s not surprising then that the FZ series still holds a strong position in the brand’s lineup.

The 149cc, single-cylinder, air-cooled, fuel-injected motor remains unchanged. It makes 13.2PS of power at 8000rpm and 12.8Nm of torque at 6000rpm, mated to a 5-speed transmission. However, Yamaha says the engine is now tuned for better low-end performance. The same goes for the bike's underpinnings. The FZS-Fi retains its telescopic fork and monoshock setup. Anchoring the bike is a 282mm disc up front and a 220mm disc at the rear. Tyre dimensions remain unchanged as well - a 100/80-section type up front and a 140/60-section tyre at the rear.

From a design standpoint, the FZS-Fi features an all-new LED headlamp reminiscent of the M-Slaz sold in South East Asian markets. It's also beefier compared to the previous iteration and gets new tank extensions. The 'S' variant comes with a new belly pan too. Other notable changes include a negative LCD instrument console, a taller handlebar (up by 22mm) and a single-piece seat instead of the split unit seen on the previous bike.

In terms of features, the FZS-Fi comes with single-channel ABS as standard and chunky tyres. The bikes negative LCD instrument console displays information like fuel gauge, odometer, two trip metres, F trip and a clock amongst others. There’s also an ECO indicator which guides riders with throttle modulation to help extract more fuel-efficiency from the engine.

The FZS-Fi competes against the Bajaj Pulsar NS 160, TVS Apache RTR 160 4V and the Honda CB Hornet 160R, all three of which feature a larger 160cc engine with more power to play with. The Suzuki Gixxer employs a 155cc engine but feels a lot livelier than the FZ.

What is the price of Yamaha FZS-FI V3 Top Variant?

The ex-showroom price of top variant of Yamaha FZS-FI V3 is 1.03 lakh (Delhi).

What is the EMI of Yamaha FZS-FI V3 in Delhi?

What are the top competitors of Yamaha FZS-FI V3?

Does the Yamaha FZS-FI V3 have ABS feature?

What are the colours available in Yamaha FZS-FI V3?

What is the fuel capacity of the Yamaha FZS-FI V3?

The fuel tank capacity of Yamaha FZS-FI V3 is 13 L.

How many variants are available for Yamaha FZS-FI V3?