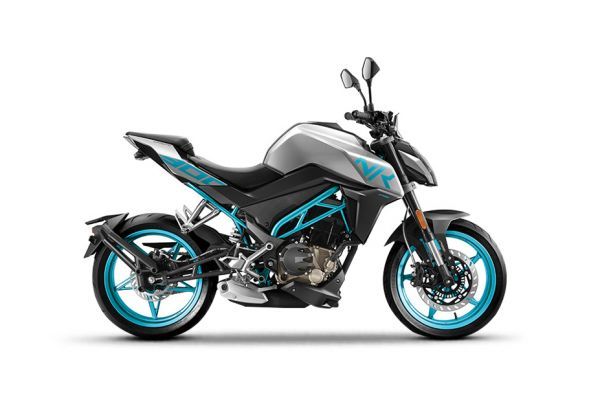 CFMoto 300NK is a commuter bike launched at a base price of Rs. 2.29 lakh in July 2019 by CFMoto in India. 300NK is powered by 292cc engine. 300NK has a single cylinder, liquid cooled,4-valve, dohc engine and a 6 speed gear box. CFMoto 300NK comes with disc breaks in front and rear with a support of ABS. It is available in 2 colours.

CFMoto has launched the 300NK in India at Rs 2.29 lakh (introductory ex-showroom price). At this price, the motorcycle undercuts the Honda CB300R by almost Rs 13,000. The naked motorcycle is powered by a 300cc single-cylinder engine which generates 28PS of power and 25Nm of peak torque. It's equipped with features such a full-digital instrument console, LED lights, USD forks, disc brakes at both ends and dual-channel ABS as standard.