This Is What Triumph’s Future Electric Bike Will Look Like 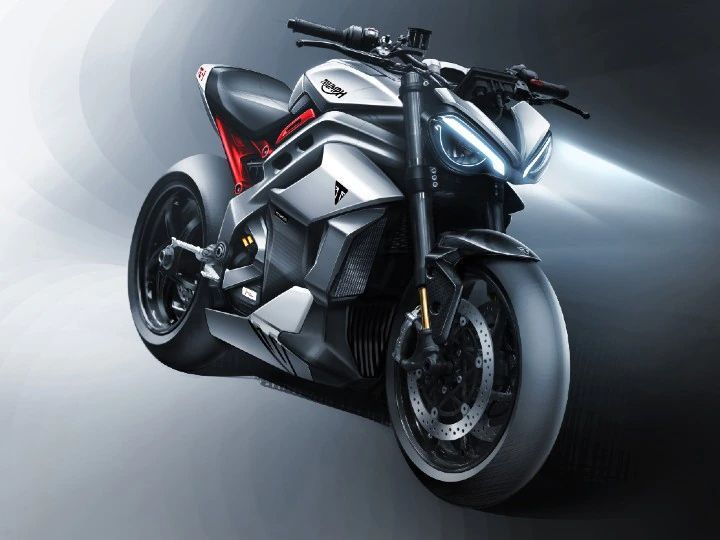 Triumph has been steadily working on its electric motorcycle for a while now. Last year, the British motorcycling giant announced it had pooled in resources with Williams Advanced Engineering, Integral Powertrain’s e-Drive division, and University of Warwick’s WMG on an all-UK effort for the electric motorcycle. The first real bits of this two-year project, codenamed ‘Project Triumph TE-1,’ have been revealed.

So far, only the integral part of the electric bike has been shown, and you can clearly see Triumph’s Street Triple heritage having been passed down to its electric sibling. The perimeter frame is one of the most critical components with the way the Street Triple handles so beautifully, just like we found out once again with the Triple R recently. Hence, no surprise that Triumph sought to keep the frame almost similar.

The key component of any electric vehicle remains its battery. With battery technology evolving at a rapid pace, Williams has provided the right solutions for TE-1. The battery module has been built so that it is light and compact yet providing class-leading range figures. It has been simulated for track riding also so that it can last a good track day session.

Williams has also worked on an ECU combining the battery management system with the regular bike control functions. The company claims that it is the first to roll the two into a single unit, making it smaller in build and packaging.

Given that the theme of the TE-1 is to make it as mass-optimised and performance-oriented as possible, the involvement of Integral Powertrain isn’t a huge surprise. The company’s electric division is responsible for the earth-shattering Pikes Peak and Goodwood Hill Climb record holder, the Volkswagen ID R. The company has also worked on other collaborative projects like the Lotus Evija and the Aston Martin Valkyrie.

The motor for the TE-1 prototype is custom-made. There are no heavy high-voltage cables between the engine and the inverter, an extremely light power unit is birthed. While Integral hasn’t shared output figures of the new motor, it has stated that during its bench testing process, it was able to generate 180 horses from a motor that weighed just 10 kilos!

WMG Warwick carried out all the necessary simulations to ensure that every element was working cohesively and safely. This was the second phase of the project, and it was the WMG’s job to ensure that the powertrain withstood varying battery loads, the frame held each component together, and the battery life was reasonable.

Triumph has also shared a couple of sketches of the proposed electric bike that’s going to be a sport naked, something similar to the Street Triple and Speed Triple series of bikes. The sketches show the same angry bug-eyed look with the quintessential Triumph ’Triple elements. A rideable electric prototype should be ready by late-2021.

Even then, getting this EV into the real world will take some time. Hence, realistically, we might only get our hands on the Triumph bike by the end of 2022 or early-2023.