Back with a bang, in terms of price and performance 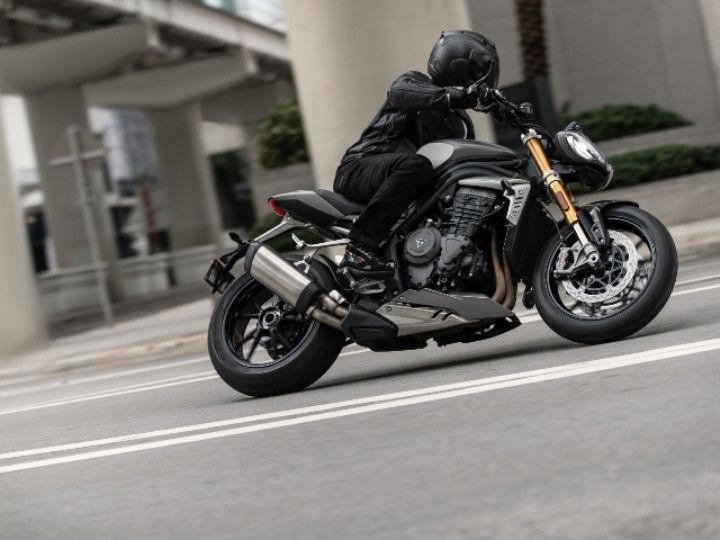 Just days after being officially revealed, Triumph has gone ahead and launched the Speed Triple 1200 RS in India! Priced at Rs 16.95 lakh, it becomes Triumph’s second most-expensive BS6-compliant offering in India, after the mighty Rocket 3 roadster.

That does seem like a pretty steep asking price, but Triumph is throwing in quite a lot for the money. For starters, the inline-triple motor has now grown to 1,160cc and churns out 180PS and 125Nm. That is a substantial 30PS and 8Nm more than before. To help reign in those horses, you get cornering ABS and cornering traction control, five riding modes (including a Track mode), a bi-directional quickshifter and wheelie control, all toggled via a 5-inch colour TFT dash that comes standard with the Triumph Connectivity Bluetooth system.

Not quite content, Triumph also went ahead and lightened the motorcycle. With 7kg shaved off the engine and 10kg off the bike overall, the 1200 RS now tips the scales at a reasonably light 198kg, giving it a power to weight ratio that’s 25% better than the outgoing model. Premium underpinnings are a given on the RS model, so you get fully-adjustable suspension from Ohlins, flagship Brembo Stylema brake calipers and sticky Metzeler Racetec RR rubber.

With the Ducati Streetfighter V4 and Aprilia Tuono V4 absent in BS6 guise, the big Speed doesn’t have much direct competition at the moment. But in terms of price, it goes up against the Ducati Panigale V2. If you prefer it to those motorcycles, the Speed Triple 1200 RS will be in showrooms by the end of February. 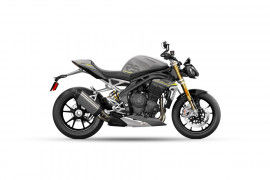