Subtle design changes, major mechanical upgrades and everything else you need to know 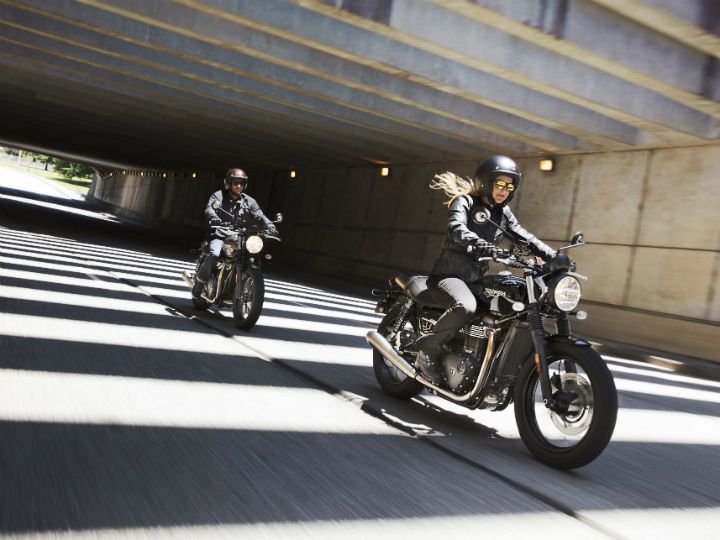 After showcasing them at last year’s INTERMOT show in Germany, Triumph has finally launched the 2019 Street Twin and Street Scrambler at Rs 7.45 lakh and Rs 8.55 lakh (both, ex-showroom India) respectively. Given the host of upgrades, most of which are focussed on the engine and underpinnings, we were actually expecting the prices to go up. But surprisingly, both, the Street Twin and Street Scrambler cost lesser than their respective outgoing models. Without further ado, let's dive right into everything you need to know about the two new bikes.

Both the Street Twin and the Street Scrambler are identical in many ways. Not surprising then, the changes are almost identical too. However, the design updates aren’t as drastic as one would expect. In fact, compare them side by side with the older generation models and you won’t be able to spot a difference.

Only on closer inspection, you will notice the subtle changes. For example, there’s a new logo on the fuel tank on both bikes, with brushed aluminium brackets on the headlights, slightly redesigned side panels and new cast aluminium wheels (front - 19-inch, rear - 17 inch).

Powering both the motorcycles is the same 900cc parallel-twin, liquid-cooled DOHC engine. However, it now comes wrapped in magnesium, to reduce weight. Similarly, Triumph has added a lighter clutch assembly, lighter crankshaft and balancer shaft in the mix too. Moreover, Triumph has tuned the engine to produce 10PS more, and the power output now stands at 65PS. Also, the 80Nm torque is now produced at 3800rpm, instead of the earlier 3230rpm.

On the electronics front, both motorcycles now get two new riding modes - Road and Rain. Also, buyers now have the choice to opt for a tyre pressure monitoring system, which we feel, can always come in handy. Carried over from the previous gen model, is the switchable traction control and ABS, with the latter being switchable on the Street Scrambler.

The two motorcycles now get new 41mm KYB forks at the front, with cartridge damping, while the rear uses the same KYB twin shock absorbers with adjustable preload as before. Gone are the older 310mm Nissin two-piston calipers, now replaced by Brembo four-piston calipers on both bikes, for better stopping power. While the international variant of the Street Twin gets a smaller 220mm rear disc, Triumph India has retained the same 255mm unit as before.

We were expecting that all the aforementioned updates should result in quite a price hike for both the models. However, Triumph decided to go the other way and has made the new-gen offerings more affordable. The 2019 Street Twin now costs Rs 25,000 less than before, while the Street Scrambler is Rs 5,000 cheaper. While the Street Twin doesn’t have a direct competition in its segment, the Royal Enfield Interceptor 650 does make a strong case for itself, especially for buyers looking for that retro-modern appeal, on a budget. The Street Scrambler, on the other hand, goes against the Ducati Scrambler, both of which are softcore versions in the scrambler genre.