Accompanied by a potential rival to the KTM 790 Duke 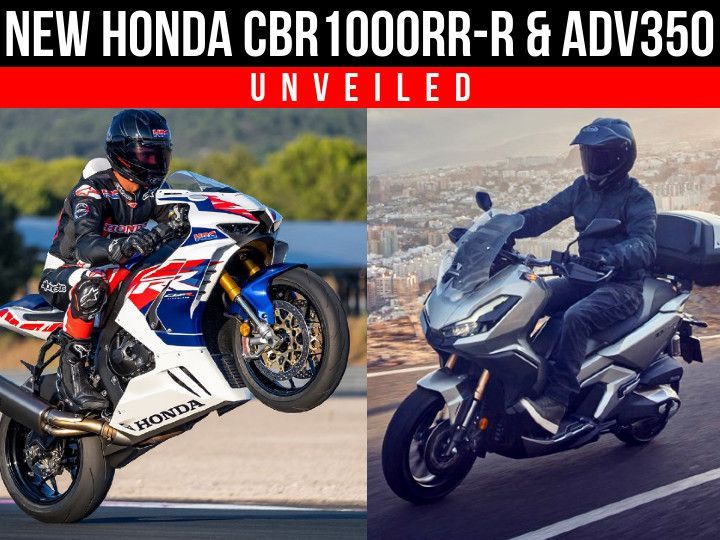 It was the opening day of the 2021 EICMA, and Honda was one of the first leading manufacturers to showcase its arsenal. Here’s what came out of the wraps:

Honda announced a handful of updates for its flagship offering, the CBR1000RR-R Fireblade. The bike now boasts a 43-teeth rear sprocket (3 more than before), more optimised traction control, refined throttle feel, and a new surface finish for the Nissin brake calipers. The first three are aimed at improving mid-corner acceleration and drive, while the last bit helps the bike stop quicker.

Complementing all this is a gorgeous updated HRC livery for the CBR1000RR-R and alloy wheels finished in gold for the more premium CBR1000RR-R SP. However, this isn’t the highlight for this year’s EICMA.

You see, 2021 marks 30 years of the ‘CBR’ name, and to mark this feat, the Japanese giant unveiled a limited-run 30th-anniversary edition of the CBR1000RR-R SP, the real headline-maker.

This special edition comes wrapped in a smoking hot tricolour livery, identical and paying homage to the OG -- the 1992 CBR900RR Fireblade. And if this ain’t enough, you get a special ring of fire startup sequence on the TFT, a blue pillion seat, and an Akrapovic end can as part of the package.

Meanwhile, the CBR1000RR-R continues to be powered by the same 999cc inline-four (in an aluminium diamond frame) putting out 217PS and 112Nm.

Accompanying the Fireblades was the Honda ADV350, an all-new elder sibling to the already popular ADV150. As the name suggests, this is an adventure scooter, and it gets a rugged design inspired by the Honda X-ADV and the Africa Twin.

It is powered by the same 330cc engine (mated to a CVT gearbox) as the Forza 350, putting out 29PS and 31.9Nm. The engine is housed in a steel underbone chassis sprung on a 37mm USD fork and twin rear shocks.

To make it a capable off-roader, you get 15/14-inch alloy wheels wrapped in dual-purpose tyres clamped by disc brakes at both ends.

There are plenty of features, too, including an LCD instrument cluster with Honda’s voice control system, traction control, a USB charging port in the glove box, massive 48-litre underseat storage (almost twice as much as the Yamaha Aerox 155), and a smart key.

The only issue here is the ADV350’s 186kg kerb weight, which is even more than some middle-weight big bikes.

Honda’s ‘Hornet’ moniker has stuck to many bikes, from sub-200cc commuters to brawny nakeds. And at this year’s EICMA, Honda showcased the next generation of the Hornet, a streetfighter concept.

Only a 3D render of the future motorcycle was shown, which didn’t reveal much but gave us an idea of Honda’s approach. The Hornet concept gets a sharp design with a muscular fuel tank and radical bodywork. The silhouette is...dare we say...identical to the KTM 790 Duke’s concept.

And with the taglines reading ‘a middle-class naked of ultramodern design and high-revving engine character’, this bike may very well take on the KTM 790 Duke in the market. However, we expect the Hornet to have an inline-four heart, just like its previous iterations.

Expect the bike to break cover towards the end of 2023.