The Japanese bikemaker is expected to go guns blazing next year, with several tasteful offerings for different kinds of two-wheeler enthusiasts 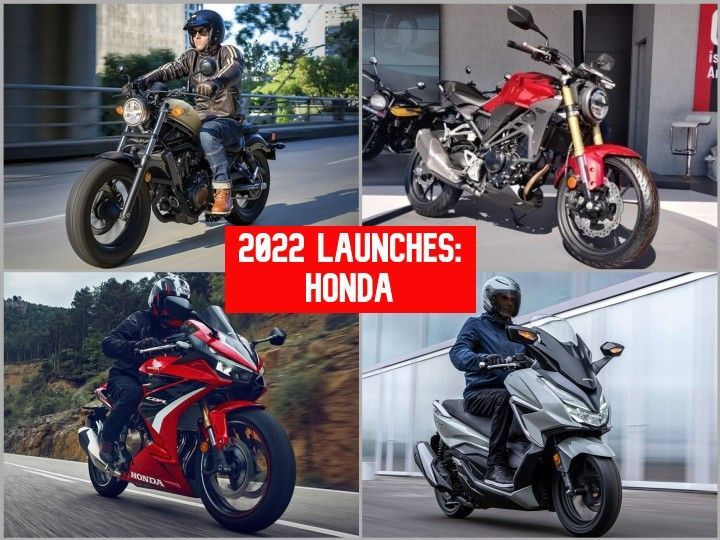 In 2021, Honda’s launches felt rather lukewarm as there were no two-wheelers that really set our hearts racing. Sure, the Honda CB500X was a dream to ride, but its absurdly high asking price meant it remained a dream to many. However, it seems 2022 will be more promising as we expect the Japanese company to introduce multiple motorcycles and scooters in the country.

Here’s what Honda could launch this year:

Honda’s 500cc range was supposed to be launched this year, but it got delayed due to the pandemic, and only the CB500X landed on our shores. Expect Honda to introduce the rest of the lineup next year. The Honda CBR500R and CB500F will likely arrive first, possibly in May, followed by the Honda Rebel 500 in June. The Rebel 500 should give Honda a much-needed boost in the mid-capacity cruiser segment. Expect the bike to be priced at around Rs 4.8 lakh (ex-showroom).

On the other hand, the Honda CBR500R will slot just below the more expensive Honda CBR650R and could be pegged at around Rs 5 lakh (ex-showroom). By the time it is launched, the 2022 KTM RC 390 will have already hit the roads, and it would be a more powerful alternative to it.

Those seeking a 500cc parallel-twin engine’s performance but in a more versatile package should look out for the Honda CB500F. The streetfighter styling with upright ergonomics should make the bike perfect for everyday commute and weekend jaunts. Expect it to be priced at around Rs 4.5 lakh (ex-showroom). It will be a more powerful alternative to the KTM 390 Duke, which is by far the most powerful and feature-packed motorcycle in the sub-500cc segment.

After launching the Honda H’Ness CB350 and CB350RS, the next logical step for the Japanese bikemaker seems to be a cruiser to compete with the Royal Enfield Meteor 350. Since the CB350 platform is versatile enough for a cruiser, expect it to command just a fair premium (around Rs 10,000) over the H’ness CB350’s Rs 2 lakh (ex-showroom Delhi) price tag. The bike could get the same powertrain and underpinnings as the retro roadster, but the ergonomics could be much more laidback for effortless mile-munching. Expect Honda to launch the motorcycle early next year.

Honda unveiled the CB300R at the India Bike Week earlier this month, and the Japanese brand had already revealed that it will be available from January 22, 2022. So expect Honda to announce the pricing on the same day. Even though the motorcycle will be heavily localised, we expect Honda to command a hefty premium. We reckon it will be priced slightly higher than the BS4 version, likely at around Rs 2.5 lakh (ex-showroom). In its BS6 iteration, Honda has equipped the motorcycle with an assist and slipper clutch, not to mention the slight power bump and weight reduction.

After the Honda VT1300CX ‘Fury’, there really hasn’t been a proper cruiser from the bikemaker in India. The dry streak is all set to break as Honda is expected to launch the new Rebel 1100 in the country around March 2022. Expect it to be priced at Rs 12 lakh, making it the perfect Japanese highway-faring alternative to the Harley-Davidsons and Indians. Oh, and it’s got the magic DCT too! You can read more about the Rebel 1100 and drool over the images.

Honda initially planned to launch the Forza 300 here, but now that its successor, the Honda Forza 350 is out, expect the Japanese bikemaker to launch the bigger scooter in our country later in 2022, presumably in October. The scooter was unveiled globally in October 2020, and will be Honda’s most expensive scooter as it will enter our shores via the CBU route. Expect it to be priced at around Rs 3.5 lakh (ex-showroom). It will be the perfect affordable alternative to the BMW C 400 GT that’s priced at an eye-watering Rs 9.95 lakh, ex-showroom India.