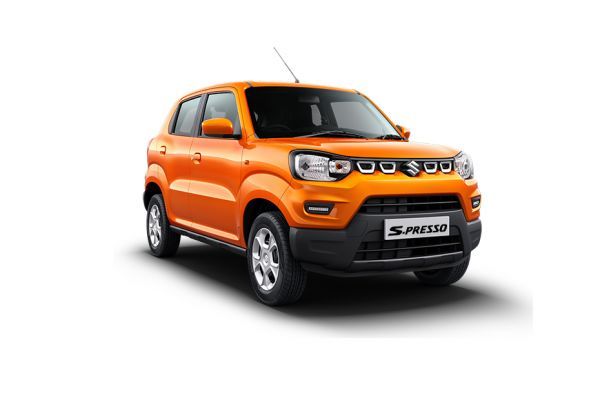 Maruti Suzuki has announced up to 4.7 per cent hike in the prices on across all variants of select models including the S-Presso. The carmaker has cited increased input costs as the reason.

Maruti Suzuki has launched its much anticipated mini-cross hatchback, the S-Presso. Prices for the S-Presso start from Rs 3.69 lakh and go upto Rs 4.91 lakh (ex-showroom Delhi). The Made-In- India model will also be exported to other emerging global markets.

The S-Presso can be had in a total of three variants with four trim levels: Std, LXi, VXi, VXi+. The AMT transmission is available in the top-spec VXI variants taking the total variant count to six. The S-Presso is based on the Future-S concept that was displayed at the 2018 Auto Expo. Primary rivals for the S-Presso include the Renault Kwid and the Datsun redi-GO.

Visually, the S-Presso looks like a jacked-up Alto. That said, the S-Presso has its own styling elements. Inside, the S-Presso comes with a round central console that houses the speedometer and infotainment system. Sizewise, the S-Presso is 3565mm long, 1520mm wide and 1549mm wide. The wheelbase is 2380mm long while the bootspace has a capacity of 270 litres.

Powering the S-Presso is a BS6-compliant 1.0-litre engine that develops 68PS and 90Nm. It can be had with a 5-speed manual and AMT options. Fuel efficiency figures for the lower LXi and VXi variants of the S-Presso stand at 21.4kmpl while the top-spec VXi variants returns a claimed 21.7kmpl. Primary rivals for the S-Presso include the Renault Kwid and the Datsun redi-GO.

The S-Presso sports a BS6 compliant version of the KB10, 1.0-litre petrol engine that makes 68PS and 90Nm of torque. It is mated to a 5-speed manual and a 5-speed AMT transmission.

The E-Spresso gets Std, LXi, VXi and VXi+ variants. Std, LXi and VXi variants are also available in an Option variant that addes a few more features to the package.

One word that sums up the look of the S-Presso perfectly is Quirky. Up front the grill and headlamps reminds on of the Vitara Brezza but the large black bumper section is a little plain. There are no fog lamps and even DRL are a rather expensive (Rs 10,000) upgrade. From the rear the boot lid and tail lamps are a simple design though the tall boy proportions still make it look a little odd. It's both narrower and not as long as the Renault Kwid it's aimed at, but clearly taller.

The Interiors are also Quirky but more pleasing than the exteriors. The dash is clearly Mini inspired with the centrally mounted instruments and 7-inch touchscreen surrounded buy a large circular accent. Fit and finish is reasonable for a budget offering. The seats are comfortable but the cushioning is a little too soft in our books. Passenger space for a small car is impressive in the rear with more space available than the larger Kwid. We do wish there was more storage for knick knacks in the cabin. Boot space stands at 270 litres but the opening is narrow and loading large suitcases would be a little tricky. The feature list includes Android Auto, Apple CarPlay, powered front windows, steering mounted controls and manual air conditioning.

Datsun redi-GO: The Datsun redi-GO also received a mid life update with new safety features and a thorough variant rejig. It's still a very friendly city run about with friendly driving maners. Quality levels are decent for a budget offering though fit and finish could be improved in some areas. Prices range between