5.0
|  4
Rate this car
Alert me when launched Ask A Question

In the past one year, Maruti Suzuki has already updated some of its hottest selling models like the Alto, Swift, Swift DZire and brought in two completely new models in the form of the S-Cross and the Baleno. While some of these have surely helped change the perception of the brand in the Indian market, the big one is yet to come. Maruti Suzuki’s answer to the compact SUV segment – the Vitara. 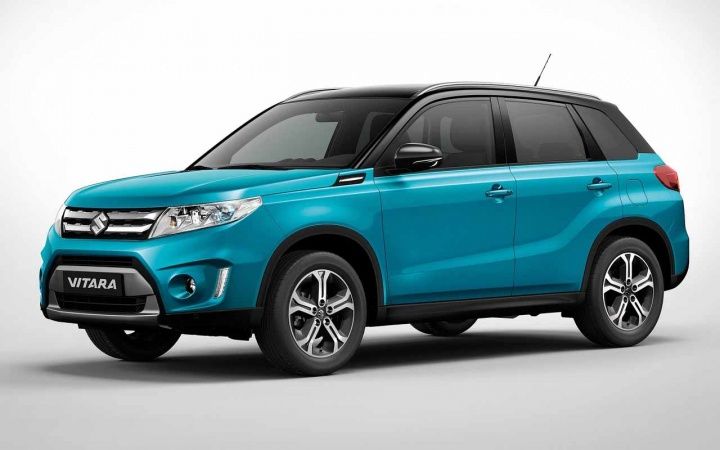 First unveiled at the Paris Motor Show earlier this year, spy shots of the test mule have already been making their rounds on the internet. Up front, the Vitara gets a twin-slat chrome grille in sync with the current design language of Maruti Suzuki. The Land Rover inspired leading into the front grille bonnet looks neat. Flanked on either side of the grille are those horizontally stacked headlights with vertically placed fog lamps on the bumper. Being an SUV, the Vitara also gets skid plates up front. In profile, the Vitara gets gun metal finished alloys and blackened out pillars.

On the inside, the Vitara gets the trademark Maruti Suzuki steering wheel with mounted controls for the infotainment system and Bluetooth telephony. The clocks too are similar to what we have already seen on the Swift. The dashboard is washed in black with a bold strip of orange to make it look sporty. In terms of features it gets a large touchscreen infotainment system, automatic climate control, keyless go, button start and more.

In the international market, the Vitara comes with a 1.6-litre gasoline and diesel unit, both churning out power of 120 horses. The torque figures however stand at 156Nm and 320Nm respectively. After the S-Cross, this is the second Maruti Suzuki model to sport the 1.6-litre oil burner.

The Maruti Suziki Vitara will be the third model to be sold via the Nexa dealerships after the S-Cross and the Baleno. When launched, the Vitara will go against the likes of the Hyundai Creta, Renault Duster and the Nissan Terrano but will be priced just slightly higher than them.

Maruti Grand Vitara is going to launch in India with an estimated price of Rs. 22.70 Lakh

What is the expected price of Maruti Grand Vitara?

The price of Maruti Grand Vitara is expected to be Rs. 22.70 Lakh.

What is the launch date of Maruti Grand Vitara?

The estimated launch date of Maruti Grand Vitara is August 2021.