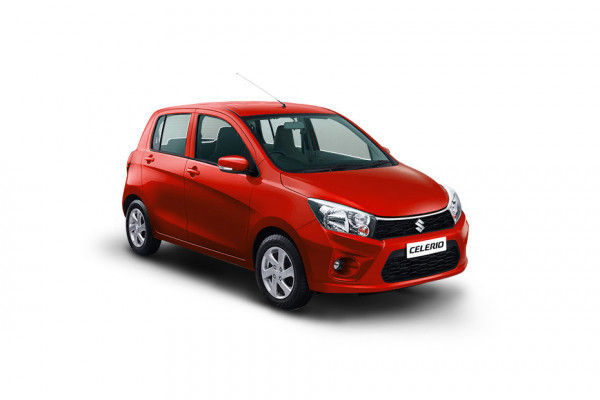 Maruti Suzuki has launched the BS6-compliant Celerio at Rs 4.41 lakh. It uses the same 1.0-litre three-cylinder petrol engine that puts out 68PS and 90Nm of torque. Maruti has updated only the petrol variants, leaving out the CNG from the BS6 update.

Maruti Celerio was launched as a replacement of A-star and though initial market response wasn’t very enthusiastic, the Celerio has now picked the pace and been selling in good numbers. The smart, urban, and compact design of this Maruti makes it ideal for the congested roads of our cities and thanks to the option of automated manual transmission (AMT), the Celerio is ultra-comfortable to steer too. The small footprints of the car don’t really reveals the cavernous space inside the cabin which is really a pleasant surprise; especially the large rear seat space is really admirable. In addition to AMT, Celerio is available with 5-speed manual transmission which sends the drive from 1.0-liter, 3-cylinder K-series 68PS/90Nm motor to the front wheels of the car. With a sticker price between Rs 4.16-5.35 lakh (ex-showroom, Delhi), the Celerio takes on the rivals like the Tata Tiago, Renault Kwid 1.0, Datsun Go among others.

The Maruti Suzuki Celerio is currently offered with only one engine: a 998cc, 3-cylinder petrol/CNG which develops 68PS of maximum power and 90Nm of torque. This engine can be paired with either a 5-speed manual or a 5-speed automated manual transmission (AMT), the mileage figures for both are quite similar. The Celerio use to be offered with an ultra-efficient 793cc, 2-cylinder diesel engine too, but that has been discontinued due to issues with refinement.

Maruti Suzuki offers 14 variants of the Celerio in India. The base LXI is priced at Rs 4.03 lakh, while the top-of-the-line ZXI AMT (O) is priced at Rs 5.24 lakh, ex-showroom Delhi. For those looking for the most cost-efficient variant, the VXI Green with CNG makes the most sense. The convenience of an AMT is offered from the LXI variant onwards, making it a very affordable option for the city. We recommend the LXI (O) AGS as it also gets safety features like dual front airbags and ABS.

The Maruti Suzuki Celerio looks like a grown up version of the Alto 800 and there is a good reason for that. The Celerio is actually the next-gen Alto, sold as such in many international markets. As with many entry-level Maruti cars, the Celerio is understated so as to appeal to as many people as possible, which also means that it is not very exciting to look at. Highlights include the large headlamps, twin-slat chrome grille, chrome surround for the fog lamps housing, and a sculpted rear bumper.

The understated design continues on the inside too. Cost cutting measures like the integrated headrests on the front seats make the interior feel less inviting, but the rest of the design is good. Luggage space is compromised for a good passenger space, even taller rear passengers won't feel the pinch in the Celerio. Storage spaces around the cabin are not as many as the competition.

Tata Tiago : This is the newest car in this class and offers more features for the price without any compromise on space and quality. The Tiago has the best sound system in this segment and also gets smartphone-linked functions for the infotainment system. Petrol-AMT variants add to its appeal as a city-centric family hatchback.

Maruti Suzuki WagonR: More than half-a-decade old and the WagonR continues to go strong. It offers the best combination of space, mileage, reliability and cost in this segment with two different designs. Those not happy with the more sedate design of the 'blue-eyed-boy' WagonR can choose to buy the VXI+ variants which offer more style with features like projector headlamps and alloy wheels.

Datsun Go Plus : The Datsun Go Plus : is the stretched version of the Go hatchback and offers the most space in this price range. It is also powered by a fun 1.2-litre engine, but the Go Plus suffers in terms of quality and safety.

The Celerio, though being the first car to introduce Indians to the concept of affordable automatic cars, has not been able to attract enough people, thanks to tough competition from better looking, better-equipped cars, priced lower and higher than it. It is not a bad car per se, but the multitude of options in the market don't help it stand out.