The Mercedes-Benz EQC India Launch Is Not Far Off Now 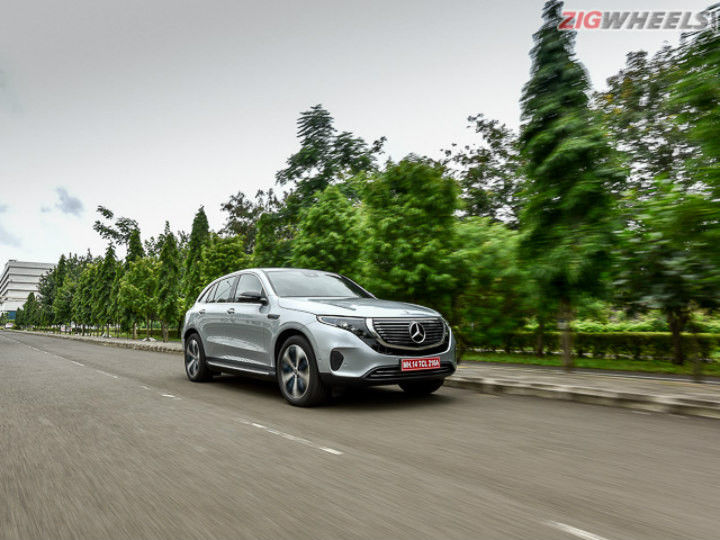 Mercedes-Benz India was all set to launch the EQC electric SUV in April after it was showcased back in January 2020. But the coronavirus pandemic put a halt on these plans. Well, the carmaker has now revealed that the EQC will launch in India on October 8, almost five months later than the original timeline. The EQC is Mercedes-Benz’ first all-electric SUV with plenty to explore including its electric powertrain, of course.

A twin-electric motor setup, which sits at either axle, gives the EQC 408PS of power and 760Nm of twist. Power is distributed to all four wheels. The powertrain is juiced up by an 80kWh battery pack, giving the EQC a WLTP (Worldwide Harmonised Light Vehicles Test Procedure) claimed range of around 400km. It also supports fast charging, with a 10-80 percent charge in 40 minutes. All this propels the electric SUV from 0-100kmph sprint in 5.1 seconds before helping it top out at an electronically limited 180kmph.

The EQC is based on the GLC and takes some inspiration from its ICE sibling when it comes to its overall silhouette, but there are some bits that give the EQC its own identity. These include the redesigned front-end with the LED DRLs that connect the headlamps, aerodynamic alloy wheels and connected tail lamps.

On the inside, you get a typical Mercedes cabin with a twin-screen setup consisting of a digital driver’s display and MBUX infotainment system. It also comes equipped with features like connected car technology, dual-zone climate control, ambient lighting, Apple CarPlay and Android Auto, a Burmester audio system, a sunroof and powered front seats. Multiple airbags, ABS with EBD, front and rear parking sensors, a 360-degree camera and electronic stability control are some of the safety kits on offer.

Expect the Mercedes-Benz EQC’s prices to start around the Rs 1 crore (ex-showroom) mark. Once launched, it will take on the upcoming Audi e-tron and Jaguar i-PACE. We have already driven the EQC and you can read about it in our first drive review.