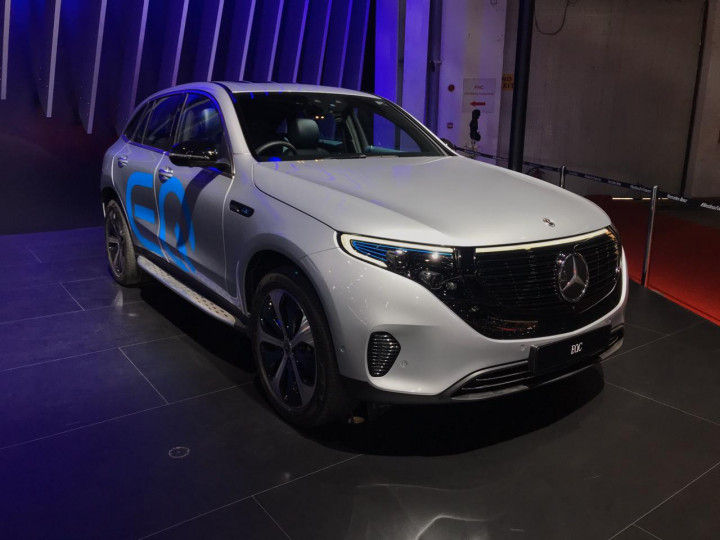 Mercedes-Benz first revealed its green intentions for India when it launched the EQ brand last month. The German giant also showcased its only production vehicle, the EQC, back then. Now, Mercedes-Benz has showcased the EQC at the ongoing Auto Expo 2020 ahead of its launch in April.

EQC Edition 1886 is what Mercedes will be launching in India. The EQC uses a 80kWh floor-mounted battery pack to power two electric motors. Combined output is rated at 408PS of power and 760Nm of twist. Mercedes claims the EQC can do the 0-100kmph run in 5.1 seconds, while also providing a range of around 470km. It also supports fast charging, enabling it to go from 10-80 per cent in 40 minutes.

The EQC looks unmistakably Mercedes with its huge grille, sleek headlamps and the overall profile. It has a hunkered down look rather than resembling a tall and bold SUV. Highlights at the rear include connected tail lamps and sporty black trims on the bumper. On top of this, the EQC Edition 1886 adds various badges and 20-inch light-alloy wheels in high-gloss black.

The cabin follows a similar design and layout as the usual crop of Mercedes models. It gets all the highlights like a twin display and retro looking design. The EQC Edition 1886 also gets ARTICO man-made leather/ DINAMICA microfibre in indigo blue and black along with 'EQC Edition 1886' badging on the front seats, centre console and floor mats.

The only missing link in the puzzle is the pricing, which we expect to start from Rs 1 crore. Rivals for the Mercedes-Benz EQC are the upcoming Audi e-tron and Jaguar i-PACE.