BREAKING: 2020 Mercedes-Benz EQC Launch Delayed In India Due To Coronavirus 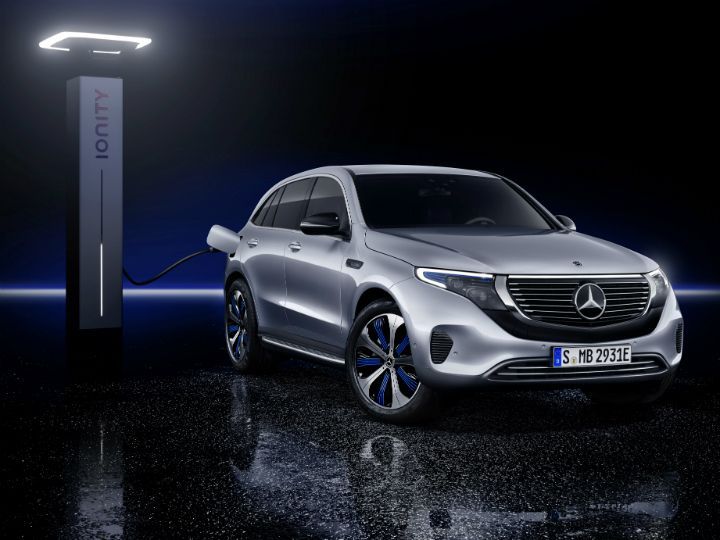 Mercedes-Benz India was supposed to launch its all-electric EQC electric SUV by the end of April 2020. However, the German carmaker has now postponed its launch due to the coronavirus pandemic. It’s yet to reveal the updated launch date but we expect the EQC to hit showrooms after the nationwide lockdown has been lifted.

The EQC had already made its India debut in January 2020 and was showcased at Auto Expo as well. It could take the title of ‘India’s first luxury electric vehicle’ when launched later this year.

The EQC’s design, though reminiscent of the GLC, is sleek yet modern. Highlights include a slatted grille, sleek headlamps connected by LED DRLs, and connected tail lamps. Inside, the opulent interior comes with the very familiar twin-screen central console. The cabin is of superior quality and fit and finish can’t be faulted. Take a closer look at the EQC in our first look video right here.

The EQC is powered by dual electric motors that develop 408PS of peak power and 760Nm of twist. All that force is sent to all four corners of the SUV. The EQC is one fast SUV, doing the 0-100kmph run in 5.1 seconds. The dual electric motors draw power from an 80kWh battery pack, helping the SUV to have an NEDC claimed range of 471km. It also supports fast charging and can juice up from 10-80 per cent in 40 minutes.

The EQC is expected to be priced from Rs 1 crore (ex-showroom). It will lock horns with the upcoming Audi e-tron and Jaguar i-PACE.