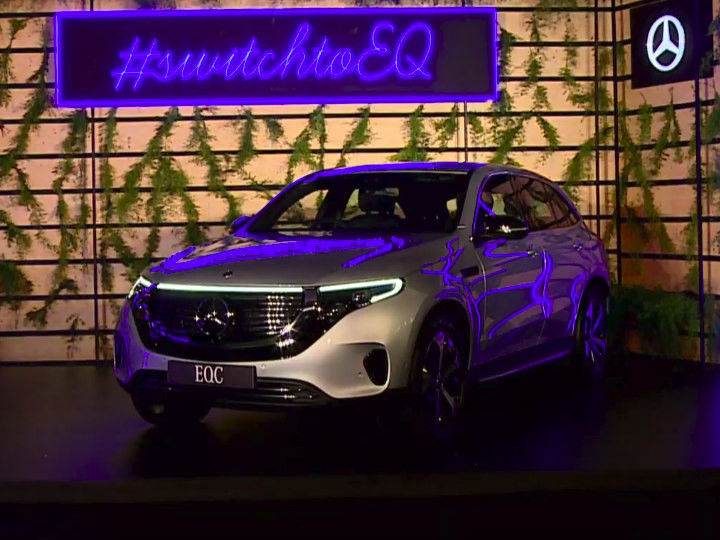 After almost a five-month delay, Mercedes-Benz has finally brought the EQC all-electric SUV to India at an introductory price tag of Rs 99.30 lakh (ex-showroom) for the first 50 units. It is the carmaker’s first all-electric SUV and will initially be offered in six cities initially: Delhi, Mumbai, Pune, Hyderabad, Bengaluru and Chennai.

The juiciest bit in the EQC is under the hood, of course. It is powered by a twin-electric motor setup, which sits at either axle, delivering 408PS of power and 760Nm of twist distributed to all four wheels. An 80kWh battery pack gives juice to the motors and helps push a NEDC (New European Driving Cycle) claimed range of over 450km. While we couldn’t run a real-world test during our drive, we estimate a real-world range of around 250km. It gets three charging options, starting with a 2.4kWh wall socket charger delivering a 10-100 percent charge in 21 hours. A 7.4kWh home charger reduces the charge time to 10 hours, whereas a 50kWh fast charger does the business in 1.5 hours. All this propels the electric SUV from 0-100kmph sprint in 5.1 seconds before helping it top out at an electronically limited 180kmph.

In terms of design, the EQC is based on the GLC and borrows a similar overall silhouette. It does have some distinctive bits such as a redesigned front-end with LED DRLs that connect the headlamps, aerodynamic alloy wheels, and connected tail lamps.

t will initially be offered in six cities only: Is offered in 6 cities initially: Delhi, Mumbai, Pune, Hyderabad, Bangalore and Chennai. While the Mercedes-Benz EQC doesn’t have any rivals at the moment, it won’t be long until it goes up against the upcoming  Audi e-tron and Jaguar i-PACE. We’ve had a chance to test the EQC and you can read more about our impressions in the first drive review.