The EQC Is Mercedes-Benz India’s Next Launch 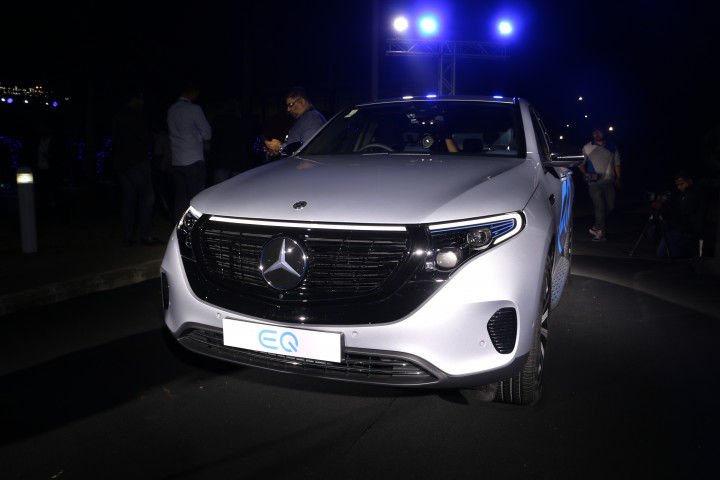 The Mercedes-Benz EQC, which was revealed in January 2020, was supposed to reach Indian showrooms in April. However, due to the nationwide lockdown, the launch of the electric SUV had to be deferred. Now, during the launch of the 2020 GLS, Martin Schwenk, MD and CEO of Mercedes-Benz India, has stated that the EQC will be launched in the coming weeks.

The EQC, Mercedes’ first all-electric SUV, could also be India’s first luxury electric vehicle when it reaches showrooms. It’s powered by twin electric motors that develops 408PS and 760Nm, driving all four wheels. The motor draws power from a 80kWh battery pack and the all-electric SUV has a WLTP (Worldwide Harmonised Light Vehicles Test Procedure) claimed range of just over 400km. Yes, the battery pack supports fast charging, juicing up from 10-80 per cent in 40 minutes. It can do 0-100kmph sprint in 5.1 seconds before hitting an electronically limited top speed of 180kmph.

In terms of design, the EQC does look reminiscent of the GLC when viewed in profile. However, it does get a handful of design elements that help it stand out. This includes the LED DRLs that connect the headlamps, aerodynamic alloy wheels and connected tail lamps. The interior is also typical Mercedes, with a familiar twin-screen setup that consists of the digital driver’s display and MBUX infotainment system.

Prices for the Mercedes-Benz EQC are expected to start around Rs 1 crore (ex-showroom). It will lock horns with the upcoming Audi e-tron and Jaguar i-PACE.