The two electric SUVs occupy the upper echelons of the Indian EV market. But it’s time to see which one comes out on top (on paper, at least). 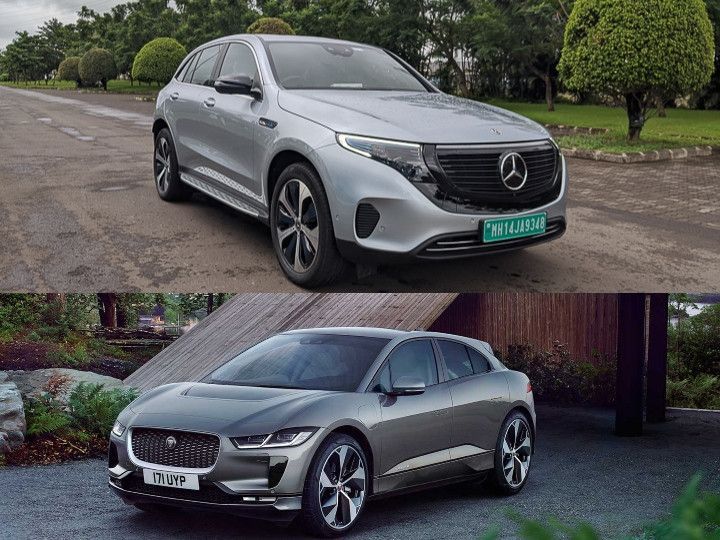 Since its launch in India in October 2020, the Mercedes-Benz EQC has been the costliest electric offering in the country. Now, after almost half a year, it finally has a competitor in the Jaguar I-Pace, which launched here on March 23, 2021.

We try to find out which one is the better electric SUV (at least on paper).

The two electric SUVs are nearly similar in size (and also similar to other electric SUVs on sale in the country), with minor differences. While the EQC is longer and taller, the I-Pace is wider and sits on a longer wheelbase.

Now, let’s get to the things that really matter. The EQC and I-Pace have a few commonalities, including a twin-electric-motor setup, an all-wheel drivetrain, and standard and fast charging options.

While the EQC may have more grunt on tap, it’s actually slower off the line. The I-Pace has the edge both in top speed and the 0-100kmph sprint time, despite having less grunt than the EQC. Thanks to its larger battery pack, it can run longer on a single charge.

Charging times for both SUVs may be similar when using a 50kW fast charger. However, the EQC’s new 11kW charger, introduced in November 2020, can charge the SUV at half the time of the I-Pace, which only comes with a 7.4kW charger in India. That said, the I-Pace benefits from an extensive charging network, thanks to Tata Motors providing a complimentary 7.4kWh home charging box as part of its tie-up with Jaguar.

Both electric SUVs come loaded with features like connected car tech, premium audio, a large touchscreen infotainment system with Android Auto and Apple CarPlay, and wireless charging. But the I-Pace has that slight edge over the EQC, thanks to a better (read: more efficient) climate control system, a 16-speaker Meridian sound system (compared to the EQC’s 13-speaker Burmeister), a head-up display, and improved adjustability for the powered front seats.

On the other hand, the EQC has a slightly bigger touchscreen, an electric sunroof, and 64-colour ambient lighting.

Neither SUV has compromised on safety. Both offer multiple airbags (the EQC has nine, the I-Pace has six), ABS with EBD, park assist (the EQC gets an automatic park assist), a 360-degree camera, and cruise control (the I-Pace gets adaptive cruise control).

However, an essential and innovative addition in the I-Pace is that of a Driver Condition Monitor. This system detects if the driver is feeling drowsy (by analysing steering inputs, brake, and throttle pedal activity) and issues a warning accordingly.

While the Mercedes-Benz EQC is the more affordable option, it is limited to only the one 400 MATIC variant. It also misses out on a few features but gets more airbags for passenger safety. On the other hand, the Jaguar I-Pace is available in three variants (S, SE, and HSE), brings more range and performance on tap, and is equipped with slightly more features.

It is raining good news for premium electric SUV enthusiasts. The Audi e-tron and e-tron GT are expected to launch in the country around June 2021, which will then rival the EQC and I-Pace. 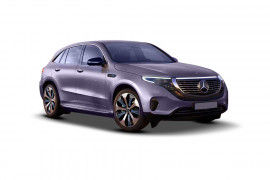 All Comparisons of EQC