Aprilia Storms Into The Middleweight Naked Segment With Its Tuono 660 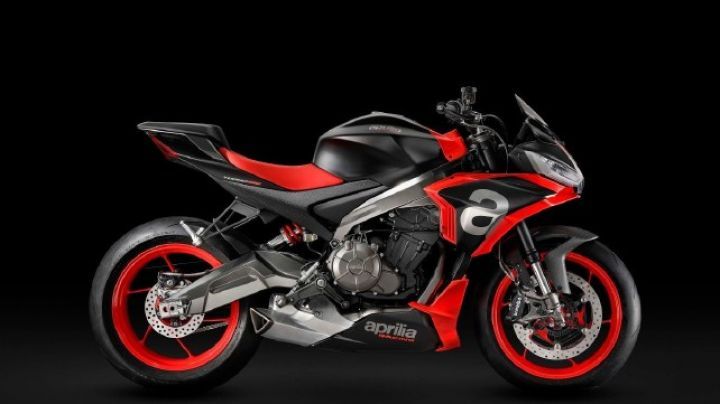 Aprilia had one of the most exciting stalls at EICMA this year, rolling out a brand new model, the RS 660 sportsbike, while also updating its 1100 RSV4 and Tuono models. Another noteworthy presence at the Italian manufacturer’s stall was the Tuono 660, shown as a concept for the first time.

With the brand’s larger RSV4 spawning a Tuono naked streetfighter, it was only a matter of time before we saw a Tuono 660 as well. The bike was first spotted testing at an Aprilia track day last month, and we expect it to be shown as a production model at EICMA next year.

It shares its underpinnings and engine with the RS 660. But while the RS manages to squeeze out 101.4PS from its 660cc parallel-twin motor, the Tuono will produce only 96.3PS. The lower output hints that power delivery will be a little friendlier on the Tuono. This makes perfect sense since the Tuono is an everyday streetbike while the RS 660 is more of a track weapon.

The basic chassis remains the same but the Tuono gets a tall and wide single-piece handlebar, a smaller fairing than the RS, and a redesigned tail section with a more comfortable pillion seat. A 41mm USD front fork from Kayaba is assisted by a monoshock at the rear, both fully adjustable. Braking hardware is premium as well, with radially-mounted Brembo M4.32 monoblock calipers biting down on twin 320mm discs at the front.

Also carried over from the RS 660 will be the comprehensive IMU-assisted APRC electronics package, which includes traction control, cornering ABS, 5 power maps, wheelie control, cruise control, engine brake control and a quickshifter. These features are unheard of in this displacement range, and you have to go as high up as the 790 Duke to spot them for the first time. The Austrian bike has a power figure very similar to that of the Tuono so it will be very interesting to see how they stack up against each other in the real world. What's also interesting is that the two bikes share similar architecture, both being parallel-twins. This configuration offers a decent balance between outright performance and everyday usability, as we have experienced first-hand on the 790.

And considering that the Aprilia is nearly 140cc down on displacement to the KTM, a meagre 9PS deficit is remarkable. From this, we can dedice that the 660cc unit is evidently a highly-engineered motor and should be quite exciting to ride. All we have is a concept and some fairly sparse specs, and we already can't wait to get our hands on this baby Tuono!

Purely in terms of displacement, the Tuono 660 will enter a portion of the middleweight segment that is currently populated by Japanese motorcycles like the Honda CB650F and Kawasaki Z650. But the Aprilia will take things up a notch in terms of performance once it arrives, so it will be interesting to see how the Japs respond. Interestingly, Aprilia will also bring out an A2 license-compliant version of the Tuono producing 46.2PS, which will make the bike accessible to a larger, younger audience.

We’re not even done with this year’s edition yet and I’m already looking forward to EICMA 2020.