Naturally, all these upgrades have made the expensive Fortuner even pricier 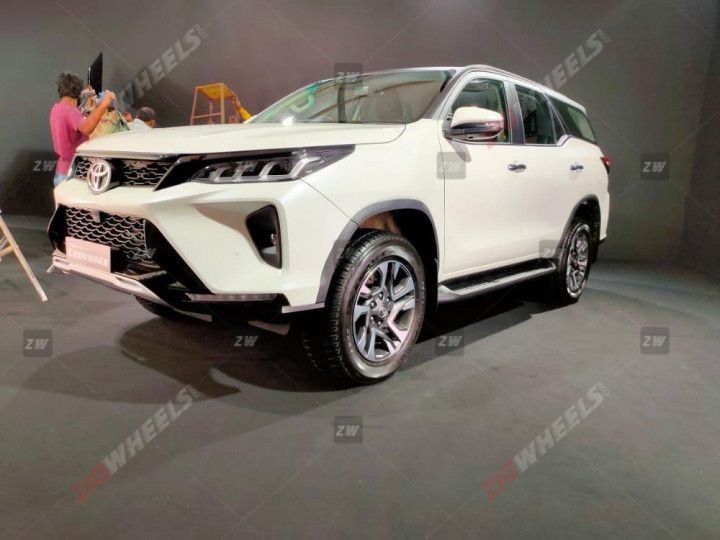 Toyota India has launched the facelifted Fortuner at Rs 29.98 lakh (ex-showroom). Apart from a cosmetic update, Toyota has added new features and a zestier 2.8-litre diesel engine. The carmaker has also introduced the more premium Legender variant which will be sold alongside the standard model. Take a look at the revised prices:

The facelifted Fortuner commands a whopping premium of up to Rs 3 lakh over the pre-facelifted model. It gets a host of upgrades and new features over the outgoing model. Here are five things you should know:

The facelifted Fortuner is now offered in a new top-spec Legender variant. The main difference is its Lexus-esque fascia with a more angular set of bumpers. A new set of split-five-spoke dual-tone alloy wheels are the only update on the side while changes at the rear are limited to new tail lamps and bumpers. This variant is offered only with the 2.8-litre diesel 4x2 AT powertrain.

The standard variant, on the other hand, is an evolution of the outgoing model. The grille is larger and the redesigned LED headlamps look sharper. The bumpers with the large air dams give it a mean look. The only change to the side comes in the form of new split-six-spoke monotone alloy wheels while the rear gets redesigned tail lamps and bumpers.

Toyota has spruced it up with tan upholstery for the standard variant and a sportier black and maroon theme for the Legender. One can opt for an all-black theme on the standard model as well. The keen-eyed will notice the redesigned dials, however, the piece de resistance is the new touchscreen infotainment with Apple CarPlay and Android Auto. Finally, Toyota!

Toyota has introduced the more powerful 2.8-litre diesel engine from the Thai-spec model. It puts out 204PS of power and 500Nm of torque, making it 27PS and up to 80Nm more powerful than the outgoing model. This engine can be had in rear-wheel as well as four-wheel drivetrains with both 6-speed manual and automatic transmissions.

The 2.7-litre petrol engine, on the other hand, remains unchanged. It makes 166PS/245Nm and drives its rear wheels only. Transmission options include a 5-speed manual and 6-speed torque converter automatic.

The facelifted Fortuner will rekindle its rivalry with the Ford Endeavour, MG Gloster, and the Mahindra Alturas G4. The Fortuner is still one of the most expensive SUVs in the segment, but these updates definitely make it more desirable than before.