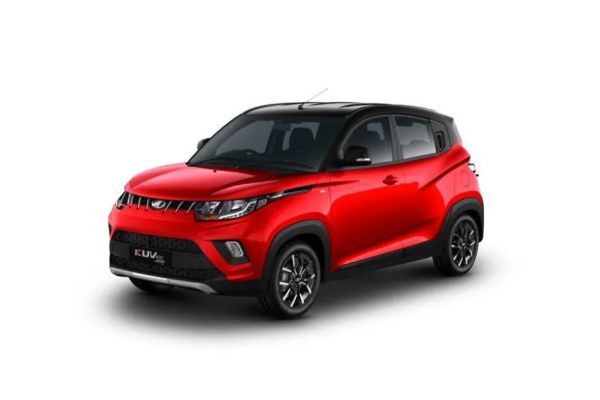 The Mahindra KUV100 is set to get a price hike from July 1 due to the implementation of new safety features to make it compliant with the AIS 145 safety norms.

According to Mahindra's future plan to shift to BS6 engines, the 1.2-litre diesel engine in the KUV100 NXT will not be updated to meet the BS6 norms. Mahindra has made it clear that updating this engine will come at a cost and with the increase in price, the KUV100 NXT will fall out of competition.

Mahindra may call the KUV100 a ‘microSUV’ but you and I know it’s not much more than a hopped up hatchback. With the NXT, the formula has been tweaked a bit in a bid to make it more appealing. Additions include a new front grille and bumper, new alloy wheels and clear-lens tail lamps. The interiors now feature an all-black colour scheme and get a new 7-inch touchscreen. Mahindra has also done away with a couple of dials on the dashboard to reduce the clutter. Most importantly, the 5-seater variant of the KUV100 NXT is now available on a made-to-order basis, while the 6-seater layout is offered as standard.

Mahindra has answered the likes of Maruti Vitara Brezza, Ford EcoSport, Tata Nexon with the KUV1OO that has recently received a facelift. The exteriors of KUV1OO follow the Mahindra lineage and the updated model now features the aggressive front bumper, shapely headlamps, and diamond cut alloy wheels. Space inside the cabin is also very roomy although the quality of the interiors is average at best. Mahindra has offered KUV1OO with petrol and diesel guise - a 1.2-litre petrol engine mustering 83PS/115Nm and a 1.2-litre diesel motor churning 77PS/190 Nm. Both these motors are mated to 5-speed manual transmission delivering the power to the front wheels and the braking force is provided by discs upfront and drums at the rear. Available in the sticker price of Rs 4.39-7.73 lakh (ex-showroom, Delhi), the KUV1OO is for the buyers who are looking for a rugged though affordable compact SUV.

No changes in this department, at least for now! Both engines - the 1.2-litre mFalcon D80 petrol and the 1.2-litre mFalcon D75 diesel - and the 5-speed manual transmission remain unaltered. Whereas the petrol engine pumps out 83PS/115Nm, the diesel-fed mill is rated at 78PS/190Nm. Mahindra has confirmed that it is working on an all-electric KUV100, which is expected to be launched in 2019. However, we should also expect the variant list to go up a lot sooner than that with the introduction of an AMT (automated manual transmission) unit in 2018. Mileage figures haven’t been officially revealed. Even with the new calculation methods for fuel efficiency, they shouldn’t be very different when compared to its predecessor.

With each engine, there are six variants on offer. The nomenclature reads - K2, K2+, K4, K4+, K6+, K8 and K8 Dual Tone. The K2 and K2+ variants are offered with a six-seat layout as standard. The others can be had with either five or six seats. If you are considering buying the KUV100, you should start thinking from the K4+ and just gloss over the cheaper ones. From the K4+ variant and above, you at least get basic safety features such as dual airbags and ABS. But if you want the funky dual-tone treatment, only the range-topping K8 will satisfy you.

To ensure that the KUV100 NXT lasts longer than the original recipe, in other words more than 21 months, Mahindra has given its most affordable offering a more mature makeover. At the front, the redesigned bumper is accompanied by a bigger, sportier skid plate, the grille gets sharper chrome slats and is flanked by dual-barrel headlamps. The sides profile receives more prominent plastic cladding and the roof rails get their own subtle tweaks in styling. The alloy wheels have been to the beauty salon too and now flaunt a new look. The character lines at the sides and the rear of the hatch have been toned down a bit as well. Even the rear styling has been changed with a restyled bumper, which incorporates a faux silver skid plate, and clear-lens tail lamps with different internal graphics. Simply put, no matter how hard you try, you won’t be able to second Mahindra’s take on it being a ‘compact SUV’.

The cabin was always on the practical side for living and nonliving things. To match the competition though, Mahindra has equipped the KUV100 NXT with a 7.0-inch touchscreen infotainment system which boasts built-in navigation and has the support for the company’s Bluesense and Intellipark technologies. The added convenience of follow-me-home and lead-me-to-vehicle headlamps come in handy too. On the dash, the old-school controls for the AC have been replaced by an electronic temperature control panel. With the facelift, the KUV100 NXT also gained Mahindra’s voice alert system and a gear shift indicator in the instrument cluster. The interior upholstery, including the seat covers, is all black for a sporty vibe. ABS comes as standard on all variants, whereas dual airbags are missing on the base K2 variant. The real downer is the absence of Android Auto and Apple CarPlay, which most of its direct rivals have on offer.

Hyundai Grand i10 : The mid-sized hatchback from Hyundai has been given a refresh. The Grand i10 offers a premium interior feel, efficient but peppy diesel engine, fun-to-drive characteristics and class-leading interior space without burning a hole in your pocket.

Ford Figo : Among the most value-for-money hatchbacks you can buy right now, it aces the core essentials of features, space and efficiency. Did we mention the diesel is super fun to drive?

Maruti Ignis : It may be quirky, but it’s super fun. It’s got space, is comfortable and is the only one in the segment to offer an automatic transmission paired with a petrol and a diesel engine. It’s not the most affordable, but it’s definitely the most unique.

If you want to stand out from the crowd and turn more heads on the go, the KUV100 NXT will do that job nicely, especially with its dual-tone paint job. It excels at being spacious and practical. Don’t have super high expectations from the engine in terms of performance or refinement - and it should do the job just fine. Lest we forget, slow down for the twisties - it can give you the creeps if you’re over-enthusiastic.