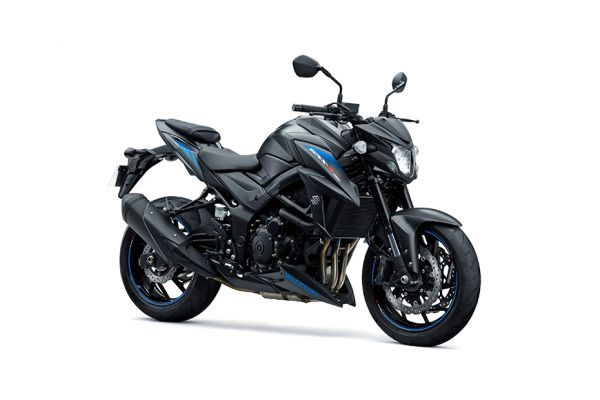 08 January 2018: Suzuki will be getting its 2018 middleweight naked, the GSX-S750, to India. Thanks to the restriction on import of bikes below 800cc, Suzuki will have to assemble the GSX-S750 in India. That should not pose an issue as Suzuki is already assembling the Hayabusa here and have the requisite setup (assembly line) in place. That's also good news as local assembly should help keep the price of the GSX-S750 low. The bike has been sold abroad for a while now and has got new updates for 2018. The 759cc inline-four motor gets new vent holes to prevent pumping losses, ECU upgrades and a new exhaust system. Power is up, 112.6PS at 10,500rpm from 104.PS at 10,000rpm.

The GSX-S750 weighs a substantial 213kg (kerb) so do not expect performance to be as boisterous as the Yamaha MT-09. Electronic updates include a fully digital instrument console, easy-start system, low RPM assist, and 3-stage traction control. Suspension has been upgraded with new semi-adjustable 41mm KYB upside-down front forks and semi-adjustable rear monoshock damper. It also gets an updated swingarm with new ten-spoke alloy wheels and Bridgestone S21 tyres. The riding position is upright thanks to a new, taller aluminium handlebar.

Updated brakes include new 310mm discs with radially mounted four-piston Nissin calipers. Suzuki is expected to get the ABS-equipped version to India. When launched, the Suzuki GSX-S750 will go up against the Kawasaki Z900, Ducati Monster 797, Triumph Street Triple S and Yamaha MT-09.

Suzuki GSX S750 is going to launch in India with an estimated price of Rs. 7.47 lakh