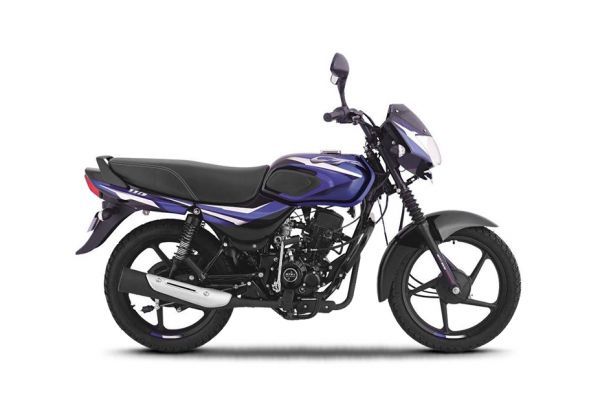 The Bajaj CT110 BS6 has been officially launched in India. It’s available in two variants - kick start and electric start. In terms of features, the CT110 gets a braced handlebar, tank pads, colour coded rim tapes and fork gaiters. It also gets and blacked out mechanicals and a new set of graphics which adds a touch of sportiness to the bike. The bike's seat come with better cushioning and premium stitching.

Powering Bajaj's entry-level motorcycle is a single-cylinder engine sourced from the Platina 110. The new BS6 motor gets a carburettor. It’s expected to generate the same power output of 8.6PS at 7,000rpm and 9.81Nm of peak torque at 5,000rpm. The motor comes mated to a 4-speed transmission.

Suspension duties are handled by a telescopic front fork and twin SNS (Spring in Spring) shocks at the rear. Its braking setup consists of 110mm drum units at both ends paired with ASB (Anti Skid Braking).

In terms of competition, the Bajaj CT 100 competes against the TVS Sport and the Hero HF Deluxe.

It’s currently the most affordable 110cc bike in India