Sure, it is greener, which is always a good thing. But it looks exactly the same, which is kinda disappointing 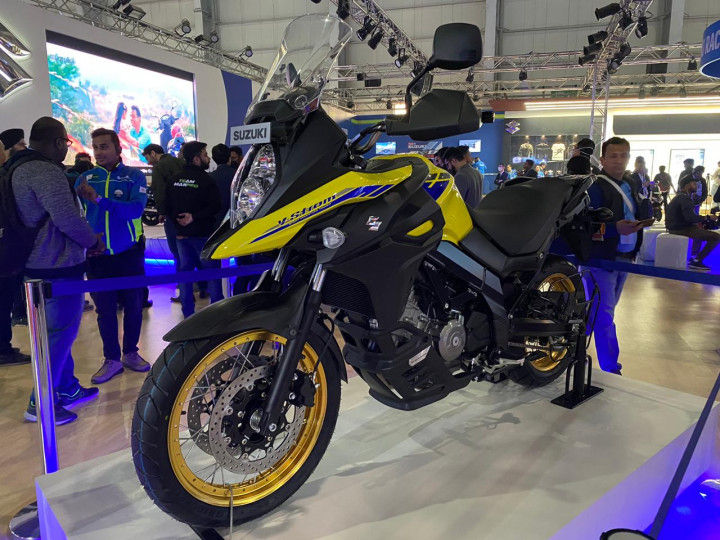 Before you comment below asking ‘Why is Suzuki showing its BS4 range,’ we should inform you that this is actually the Jap bike maker’s new BS6 range. We won't blame you for mistaking it for the BS4 range though. 'Cause they all look exactly the same.

Take this BS6-compliant V-Strom 650 XT for example, which has been unveiled at the expo.

In terms of cosmetics, there’s no change. Yup, there isn't even a new paint scheme or new decals. So, naturally, we were a bit let down considering that the auto expo is the country’s biggest motoring event and most of us enthusiasts were looking forward to seeing a new two-wheeler. That said, we expect Suzuki to launch the V-Strom 650XT with new colours, which it launched some time back, in India soon.

Though we know that the 645cc engine is now BS6-compliant, the new power and torque figures are still a mystery. But just to give you a perspective, the BS4 model used to make 71PS and 62.3Nm. Expect the BS6-compliant motor to have a slightly different power output. What else has changed? Err, nothing much. Apart from the updated motor, there’s absolutely no change to report.

What else did Suzuki bring to this year’s expo? Nothing new, save for its entire BS6-compliant range of motorcycles. Yes, we are talking about the new Gixxers 155s, the 250 Gixxers, the new Burgman and the Intruder.